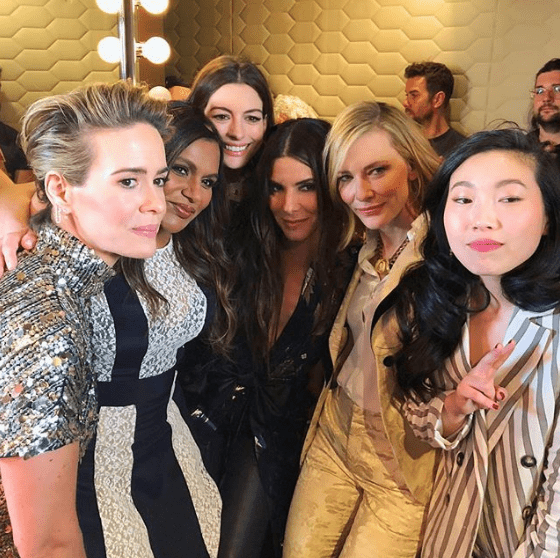 The cast of Ocean’s 8 was in attendance at CinemaCon in Las Vegas this week, but a few key people were absent from the presentation.

Rihanna and Helena Bonham Carter were absent from the line up of the impressive cast.

The powerful female cast is replacing the original cast of the Ocean’s trilogy – which included George Clooney, Matt Damon and Brad Pitt.

Matt Damon is set to make an appearance in the series reboot, as are Kim Kardashian, Kylie Jenner, Hailey Baldwin and Katie Holmes.

While the rest of the cast was busy in Vegas promoting their movie, Rihanna was posting on Instagram, announcing her new lingerie line.

She announced her Savage x Fenty line that will be released worldwide on May 11th.

– bet ya didn’t know it’s #nationallingerieday 😍 got a lil treat for my ladies…. #SAVAGEXFENTY is coming to you worldwide on MAY 11th!! Exclusively on SAVAGEX.com !! Head there now to peep the live countdown ⏱