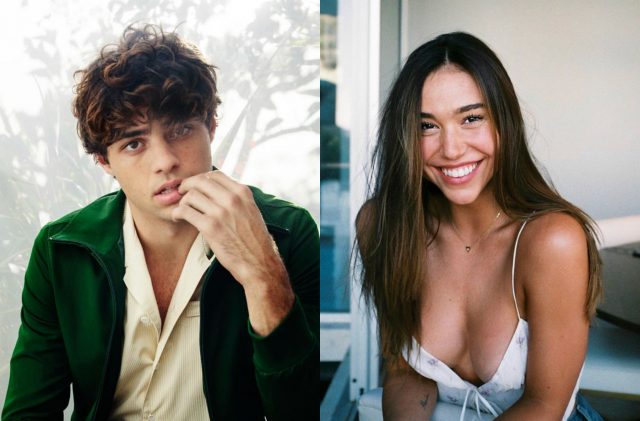 Actor Noah Centineo has been rumoured to be dating Instagram model Alexis Ren.

The duo appeared to confirm their new relationship by getting cosy on the red carpet at the UNICEF Masquerade Ball.

Noah, aged 23, and Alexis, aged 22, were photographed by paparazzi as they posed at the event.

The couple posed with their arms round one another at the masquerade charity gala.

Alexis opted for a silver gown and distinctive star embellished eye makeup for the soiree.

Fans have been speculating that the two were an item, after Alexis posted a romantic snap to her Instagram feed – where she boasts a following of almost 14 million.

The model posted a shot of her face being held gently by a male hand. In a second snap, she shared a screen shot of a romantic text message which read:

“You know what makes me think of you?”

“Everyone. And everything. All the time. You are this gentle layer over my reality.”

Alexis is known for her bikini shots and travel focused content, while Noah found fame via Netflix films such as To All The Boys I’ve Loved Before and Sierra Burges Is A Loser.

He is set to star in the upcoming reboot of Charlies Angels.