The actor, best known for his breakout role in Netflix’s To All The Boys I’ve Loved Before, recently shot a new campaign for Calvin Klein – and posted the swoon-worthy photos on Instagram.

Not long after Noah posted the photos, eagle-eyed fans noticed a very cheeky comment from Lily Collins’ under his post – sending the rumour mill into overdrive.

The 29-year-old commented, “I never look that good when I lounge.”

Adding fuel to the fire, Noah then replied, “oh please,” alongside a fire emoji. 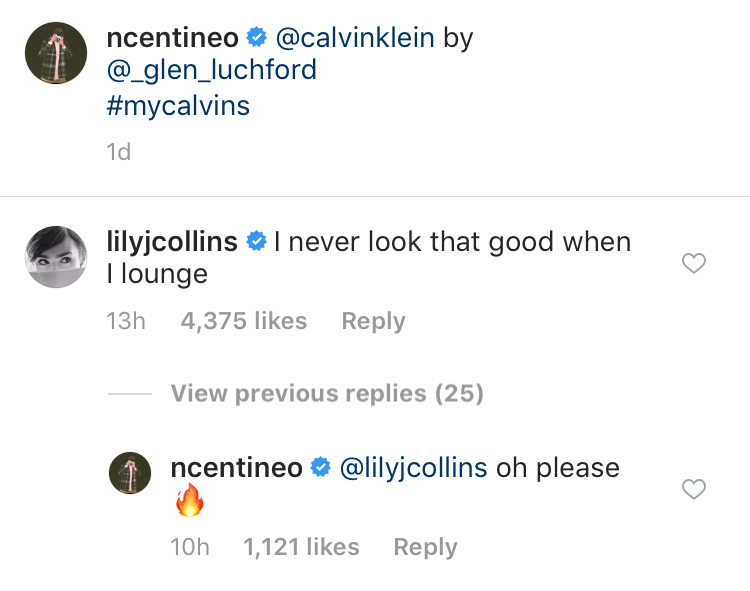 The actress recently starred in ARTY’s new music video alongside Noah, which he also directed.

Just last month, Noah shared the video and wrote, “I convinced @artymusic to let me direct the music video for ‘Save Me Tonight’ and somehow @lilycollins agreed to star in it with a bunch of our friends.”

Meanwhile, Lily described it as “an insanely fun day.”