Nick Canon has defended Kevin Hart, as he shared past tweets by famous female comedians which contain homophobic slurs.

The rapper’s tweets come after Kevin stepped down from hosting the Oscars, as a number of homophobic comments he made online and during stand-up routines resurfaced.

Nick has now hit out at other comedians who have made similar comments on Twitter, as he shared tweets from Amy Schumer, Sarah Silverman and Chelsea Handler. 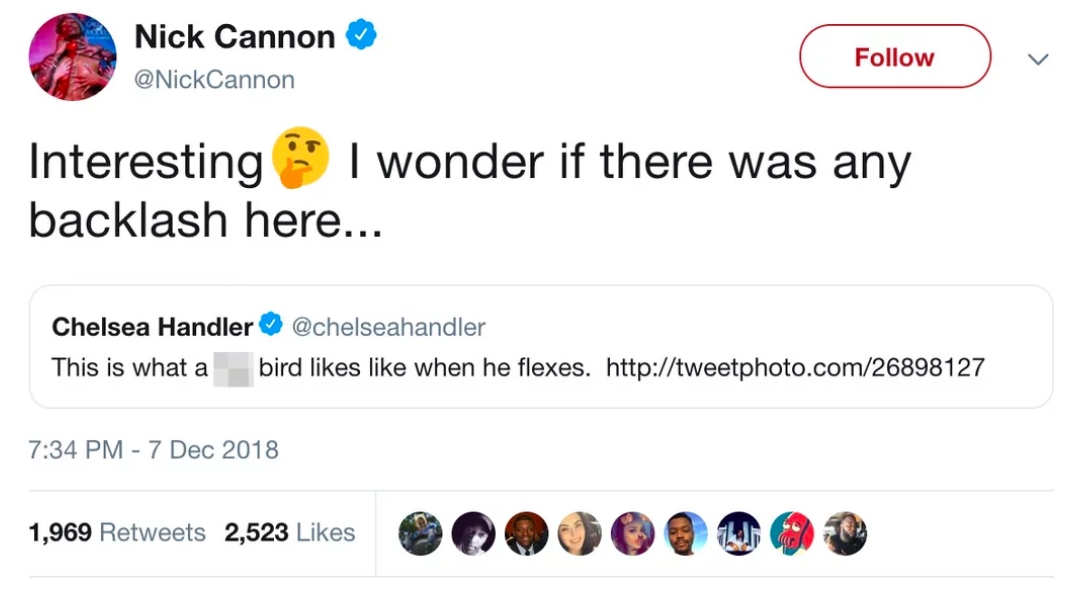 The presenter first shared a tweet by Chelsea Handler, in which she said: “This is what a f** bird likes like when he flexes”.

Above the retweet, Nick commented: “Interesting ????
I wonder if there was any backlash here…”

The father-of-three then shared a tweet by Sarah Silverman, which said: “I dont mean this in a hateful way but the new bachelorette’s a f****t”, as he commented: “And I f***ing love Wreck it Ralph!!!”

Nick also hit out at Amy Schumer, as he retweeted a tweet from 2012, in which she said: “Enjoy skyfall f**s. I’m bout to get knee deep in Helen Hunt #thesessions”.

While none of the comedians have responded to Nick’s tweets, a fan did call on him to “audit” his own social media content, which include homophobic slurs and offensive material.

“Nope!! You know I’ve been saying f***ed up s**t since twitter started! I don’t play that politically correct bullshit! F**k politics!! Only Truth!” the rapper responded.