A new report has claimed Olivia Wilde and Florence Pugh had a “screaming match” on the set of Don’t Worry Darling.

There has been a lot of hype over the new film; but not because of the project itself, rather the drama that’s unfolding between its cast.

In particular, there has been a rumoured ongoing feud between director Olivia and actress Florence over the past few months.

The newest update in the rumoured feud has claimed that Florence and Olivia got embroiled in a “screaming match” on the set of the film.

An insider who reportedly spent “significant time” on set claimed to Vulture that the “blowout argument” took place in January 2021 – about three-quarters of the way through production.

In the lead-up to the alleged row, Florence is said to have grown increasingly frustrated with Olivia’s “frequent, unexplained absences,” which may have been in part due to her relationship with Harry Styles. 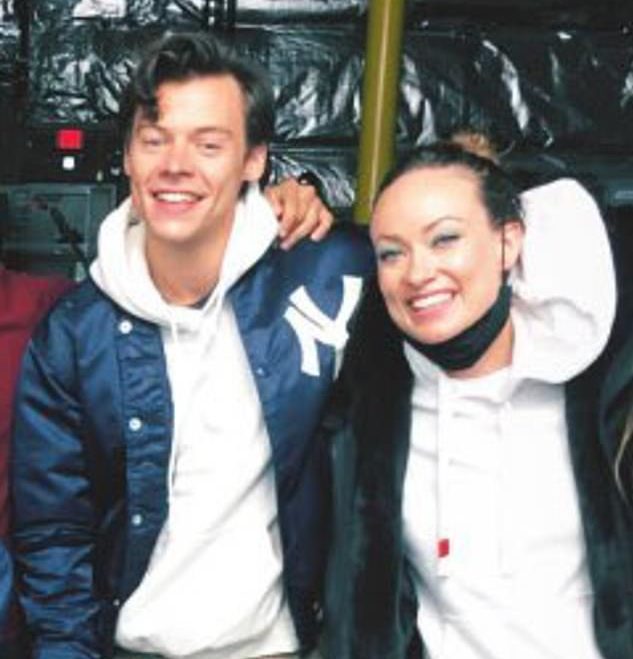 The source claimed: “Olivia and Harry would just disappear.”

The tension between the two women reportedly came to a head when the “screaming match” occurred.

Shia LaBeouf intensified the feud rumours last month, when he rebutted Olivia’s claims that she “fired” him from his role in Don’t Worry Darling.

In an interview with Variety, the director alleged she had “fired” Shia because his “combative energy” was not “conducive to the ethos that I demand in my productions”. 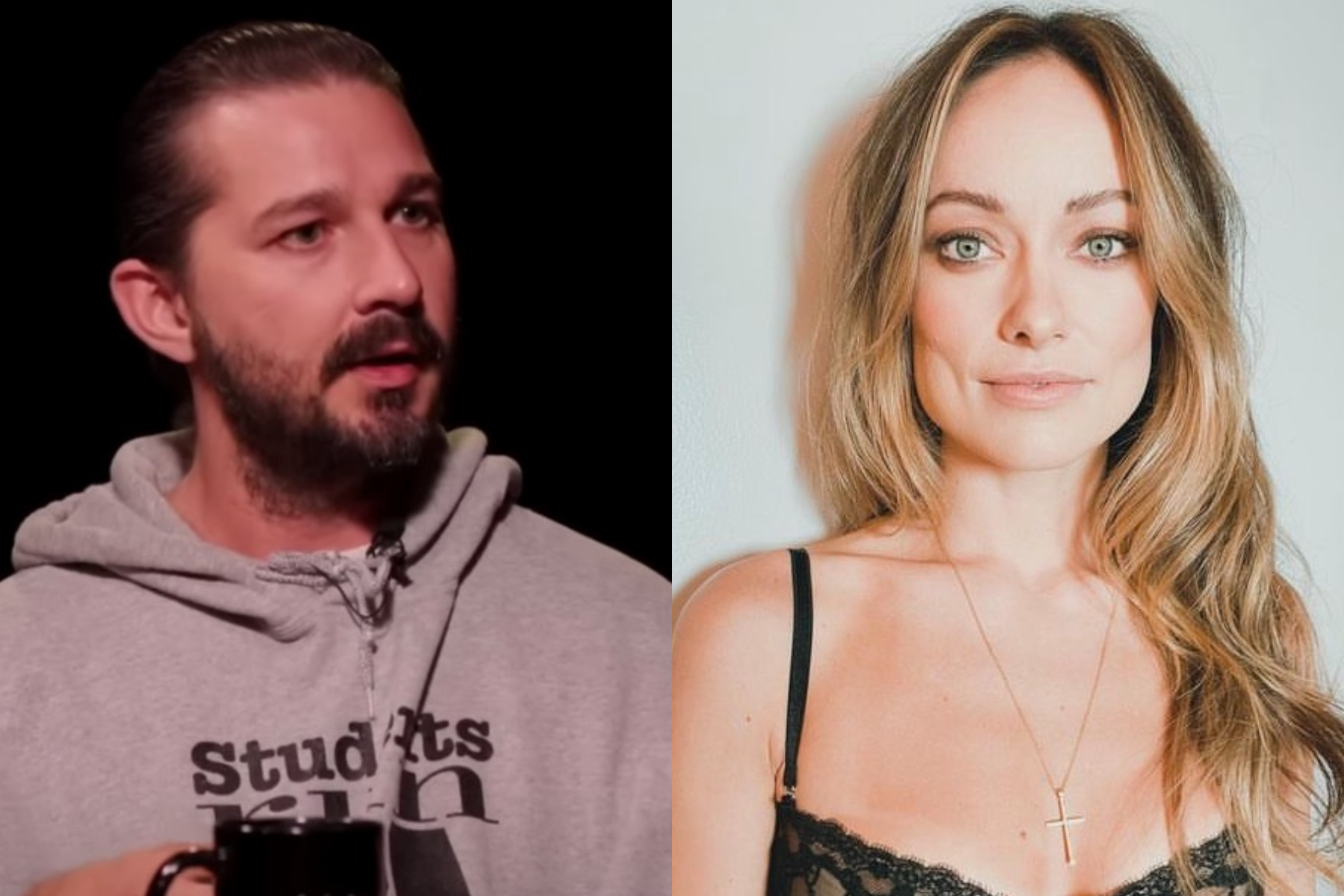 Olivia also alleged that she knew she was “going to be asking Florence to be in vulnerable situations” and her “priority was making [Florence] feel safe and making her feel supported”.

Shia then contacted Variety to dispute Olivia’s claims, revealing that he “quit the film due to lack of rehearsal time”.

In an email Shia wrote to Olivia following her Variety interview, he said: “Firing me never took place, Olivia. And while I fully understand the attractiveness of pushing that story because of the current social landscape, the social currency that brings. It is not the truth. So I am humbly asking, as a person with an eye toward making things right, that you correct the narrative as best you can. I hope none of this negatively effects [sic] you, and that your film is successful in all the ways you want it to be.”

Olivia reportedly sent a video, which has since leaked online, to the actor two days after his alleged quitting, saying: “I feel like I’m not ready to give up on this yet, and I, too, am heartbroken and I want to figure this out.”

Seemingly referencing his co-star Florence, she reportedly continued: “You know, I think this might be a bit of a wake-up call for Miss Flo, and I want to know if you’re open to giving this a shot with me, with us. If she really commits, if she really puts her mind and heart into it at this point and if you guys can make peace… and I respect your point of view, I respect hers… but if you guys can do it, what do you think? Is there hope? Will you let me know?”

Florence had not been promoting Don’t Worry Darling on social media like the rest of her co-stars, causing fans to further speculate that she had fallen out with director Olivia.

Page Six also recently reported that the actress was allegedly unhappy about Olivia’s real life romance with Harry Styles – who plays Florence’s husband in the movie.

Video of Olivia asking Shia to stay on the film. She asked him to stay and work it out. And in texts between Shia and Florence(which I will share in the next tweet), not only are they ok good terms, and seem very comfortable with each other, but Shia also says he’ll back out. pic.twitter.com/dpsQZT4FWY

Additionally, Showbiz Galore reported that the former One Direction star was paid nearly three times as much as Florence was for the film.

In an interview with Variety, Olivia shut down rumours of a feud with Florence, and slammed claims Harry was paid more than her.

She told the outlet: “I had been blown the f**k away by [Florence]. I loved the film [Midsommar], but I loved her. I was just like, ‘Well, she’s extraordinary. She’s clearly the most exciting young actress working today.’”

The 38-year-old added: “There has been a lot out there that I largely don’t pay attention to. But the absurdity of invented clickbait and subsequent reaction regarding a nonexistent pay disparity between our lead and supporting actors really upset me.”

“I’m a woman who has been in this business for over 20 years, and it’s something that I have fought for myself and others, especially being a director. There is absolutely no validity to those claims.”

Director Olivia attended the press conference for the film at the Venice International Film Festival on Monday, alongside co-stars Harry Styles, Gemma Chan and Chris Pine; however, Florence did not appear on the panel.

“Can you just clear the air and address whether there has been a falling out there and if so why, because it’s something that people are discussing?,” a reporter asked Olivia during the conference.

The 38-year-old responded: “Florence is a force and we are so grateful that she is able to make it tonight despite being in production on Dune. I know as a director how disruptive it is to lose an actor even for a day so I’m very grateful to her and Denis Villeneuve for helping us – we’re really thrilled we’ll get to celebrate her work tonight.”

“I can’t say enough how honoured I am to have her as our lead. She’s amazing in the film and as for all the endless tabloid gossip and all the noise out there, I mean, the internet feeds itself. I don’t feel the need to contribute, I think it’s sufficiently well nourished.” 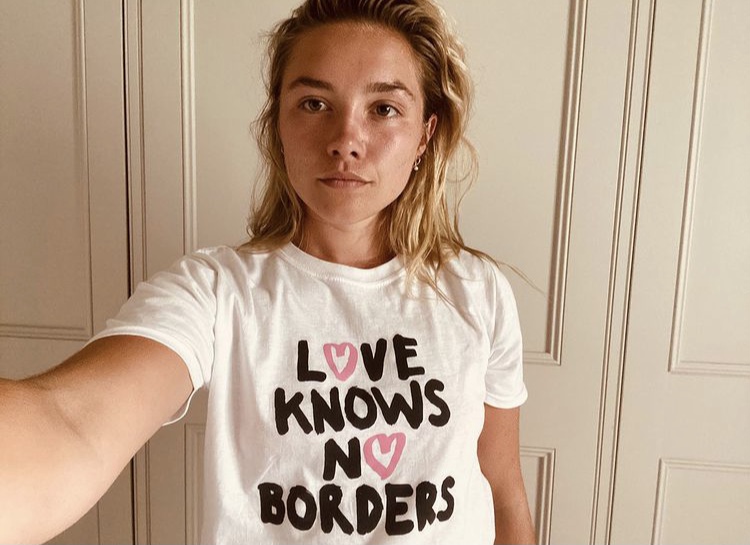 Florence, who is currently filming for Dune 2 in Budapest, travelled to Venice to attend the premiere of Don’t Worry Darling on Monday night.

The actress made quite the entrance as she arrived later than the rest of her co-stars.

The 26-year-old was quick to greet Gemma Chan, Chris Pine, Nick Kroll and Sydney Chandler, but shunned Olivia and Harry.

Olivia, Harry and Florence all stayed away from each other on the red carpet and throughout the premiere of the film, using their co-stars as buffers between them.