Miley Cyrus has expertly defended herself, after she was “slut shamed” for kissing Cody Simpson.

The 26-year-old was spotted kissing the Australian singer just weeks after her split from Kaitlynn Carter, and people had a lot to say about it.

Fans started questioning Miley’s decisions, and said the singer had moved on from her longterm love Liam Hemsworth too fast.

However, Miley has since responded to the criticism in a four-point rant on social media.

She wrote: “1. I know the public feels invested in my past relationship because they felt like that saw it thru from the beginning …. I think that’s why people have always felt so entitled over my life and how i live it because they watched me grow up…. but I am grown now and make choices as an adult knowing the truth/details/reality. People only ‘know’ what they see on the internet.”

Miley continued: “2. Men (especially successful ones) are RARELY slut shamed. They move on from one beautiful young women to the next MOST times without consequence. They are usually referenced as ‘legends’, ‘heart throbs’, ‘G’, ‘Ladies Man’ etc…. where women are called sluts/whores!”

“3. I refuse to recluse and ‘date’ from home cause A. That’s not fun B. Extremely uncomfortable / puts me in a vulnerable position …. i would like to share an activity with someone I am dating and not be stuck at home with pretty much nothing to do but ‘ Netflix and chill’”

Miley concluded her rant by writing: “4. This ‘dating’ thing is new to me too. I’ve never been an ‘adult’/grown a** woman experiencing this …, I was in a committed relationship for almost All my teens and early 20s; with the exception of a few breaks, which usually in those time I was working my ass off with not much R&R… and ‘meeting/trusting’ people in my position is really tuff.” [sic]

“Don’t f***ing pity me, not what I’m asking for. I have a great life I wouldn’t trade for ‘privacy’ but PLEASE don’t make this awkward for me! I am trying to make light and like always MAKE FUN of myself / and the public’s perception of me! Get used to me dating – this is where I am at! #HotGirlFall.”

Confirming her new romance with Cody, Miley shared a photo of him on her Instagram Story, and pointed out that he ticks all of her boxes – he’s 22, Australian (which is her “type”), and he has abs.

The 26-year-old also shared a sneaky video of her and Cody kissing, which was published by TMZ, and said: “Can a girl not get a f***ing acai bowl and a morning make out session in peace?!?!” 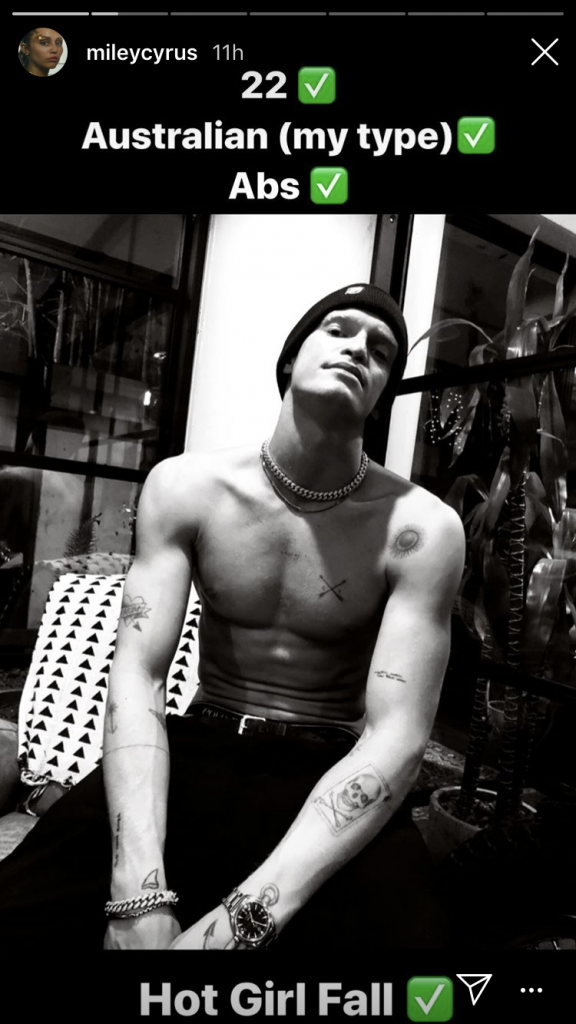 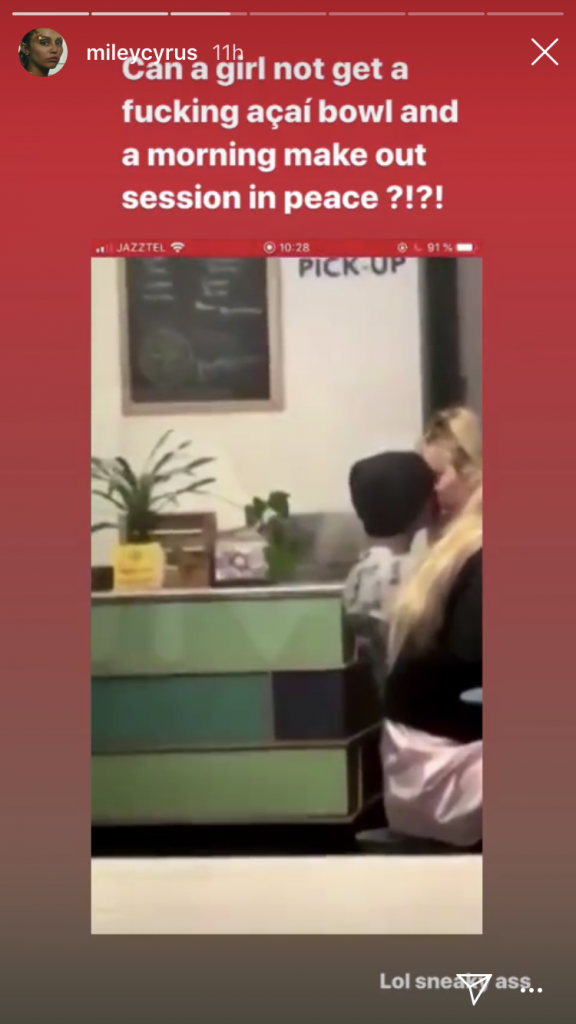