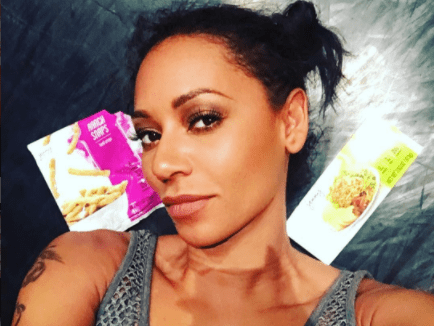 Mel B is reportedly dating a “Beverley Hills Cop.”

The former Spice Girl is rumoured to have grown close to married policeman Ryan Lawrence, according to TMZ.

Mel’s daughter Pheonix uploaded a photo of the pair enjoying lunch together.

It was claimed last month the 40-year-old had found love with Ryan, who is a crisis and hostage negotiator.

I see you,you think I don't but oh I do haha

According to TMZ, Mel, who met the cop through mutual friends, is ‘nuts’ about him and he regularly stays at her house ‘5 or 6 nights a week’.

However Mel recently denied she was dating the policeman – who is 10 years her junior – insisting she was happy and single while filming America’s Got Talent.

The Mirror claims Ryan is working on his marriage to wife Morgan, despite friends suggesting he still wants a future with Mel.