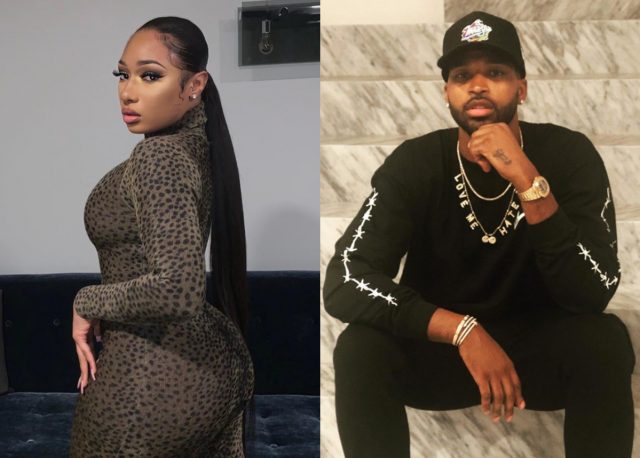 The Hot Girl Summer rapper denied any rumours of romance between her and the Cleveland Cavaliers player, after a fan suggested she’s the reason Tristan missed a game on Wednesday night.

After sports reporter Joe Gabriele tweeted that Tristan had the night off, a Twitter user replied: “@theestallion must’ve wore that boy out!”

Much to their surprise, Megan replied by tweeting: “What in the f*** are you talking about. I wish y’all would stop making s*** up I don’t even know that n****.”

“If I ain’t claiming him he ain’t mine …SIMPLE,” she added.

Earlier this week, multiple outlets reported that Tristan had slid into Megan’s DMs on Instagram to ask if she’d like to attend his game against the New York Knicks at Madison Square Garden.

Megan was spotted at the game on Monday night, but she’s since confirmed that she was there to support the Knicks.

Lol they literally made up a whole LIE I was at knicks game with my manager and my friend Ej https://t.co/CWK9wakt0s

Responding to a fan on Twitter, Megan said: “Lol they literally made up a whole LIE I was at knicks game with my manager and my friends Ej.”

Interestingly, Megan is close friends with Jordyn Woods, who was famously ousted by the Kardashian/Jenner family after she hooked up with Tristan at a house party back in February.

The cheating scandal officially ended Tristan’s relationship with Khloe Kardashian, who he shares a daughter with.

It’s believed Tristan has been desperately trying to win Khloe back ever since they split, but the reality star has no interest in reuniting with him.