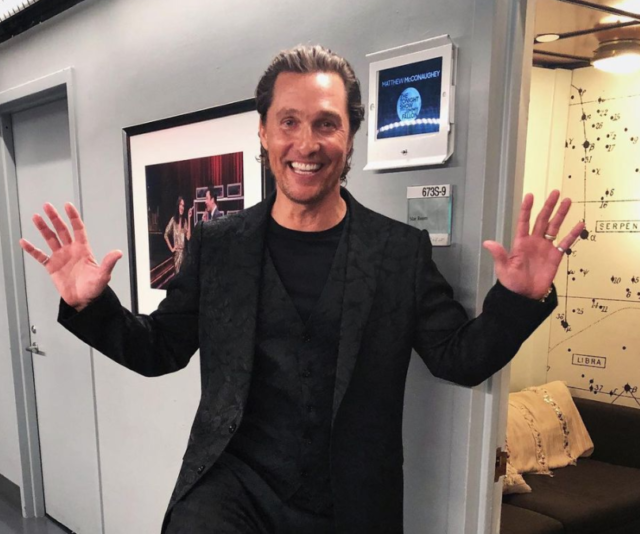 The Oscar-winning actor appeared on The Late Late Show on Friday night to talk about his new memoir, Greenlights.

During his interview, host Ryan Tubridy asked Matthew to explain where his catchphrase came from.

Matthew said: “That phrase follows me where ever I go, and people go, ‘Does that ever annoy you?’ And I say no, and let me tell you why, those are the first three words I ever said on film.”

“In a little summer job on a film called Dazed and Confused in 1992, first three words I ever said on film.”

Matthew went on to explain he wasn’t scheduled to work that night on set, and said he was just visiting to do a wardrobe and makeup test.

But after the director threw him into a scene at the last minute, Matthew improvised and came out with his now-iconic line, “Alright, alright, alright.”

Check out the original scene below: