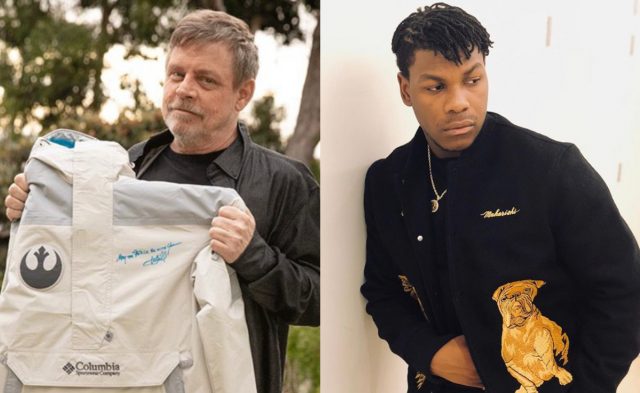 Mark Hamill has applauded his Star Wars co-star John Boyega, after he delivered a powerful speech at a Black Lives Matter protest in London.

Speaking to protestors in Hyde Park, the 28-year-old paid tribute to George Floyd – who died in police custody last Monday in Minneapolis.

Taking to Twitter, Mark, who plays Luke Skywalker in the film franchise, shared photos of John at the protest, and wrote: “Never been more proud of you, John.”

The legendary actor signed off the message with “dad”.

In his speech, the actor said he feared speaking out about racism, as it might damage his career.

But despite his fears, John has received an influx of support from members of the film industry.

Actress and director Olivia Wilde declared her support for John on Twitter, and revealed she would be “honoured” to work with him in the future.

Absolutely. I would be honored to work with @JohnBoyega and can only hope to have the chance. We’ve got your back, John. Don’t hold back. https://t.co/4d5gA3RRkj

The 28-year-old was also backed by Lucasfilm, the production company behind the Star Wars franchise.

“The evil that is racism must stop. We will commit to being part of the change that is long overdue in the world. John Boyega, you are our hero.”