Madonna has shared rare snaps of her six children and her 26-year-old boyfriend Ahlamalik Williams.

The 62-year-old posed alongside her two biological children and her four adopted children from Malawi, as they celebrated Thanksgiving together.

In a nostalgic video clip shared to Instagram, the singer also cosied up to her dancer boyfriend, sitting on his lap.

Madonna captioned the post: “A Beautiful Souvenir ………….Giving Thanks. 🙏🏼”

Madonna’s 24-year-old daughter Lourdes is shared with her ex Carlos Leon, who she dated from 1995 until 1997, splitting when their daughter was just seven months old.

David Banda (15), Mercy James (14) and eight-year-old twins Stelle and Estere Ciccone were all adopted by the pop icon.

The Queen of Pop has been dating her back-up dancer and co-choreographer Ahlamalik for over a year, with his father Drue previously defending the 29-year age gap.

“My son is livin’ la vida loca, and I’m just happy for him.” 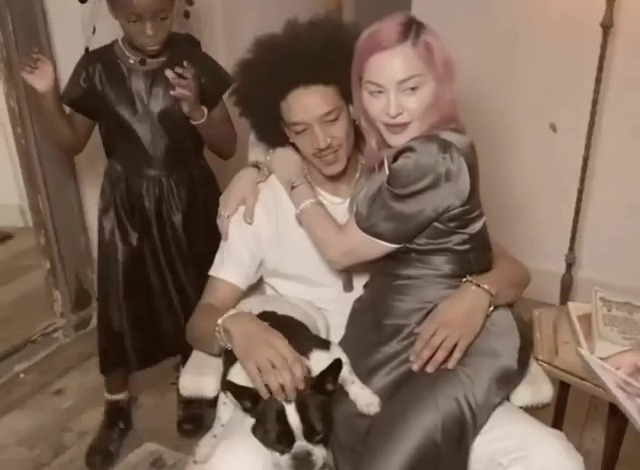