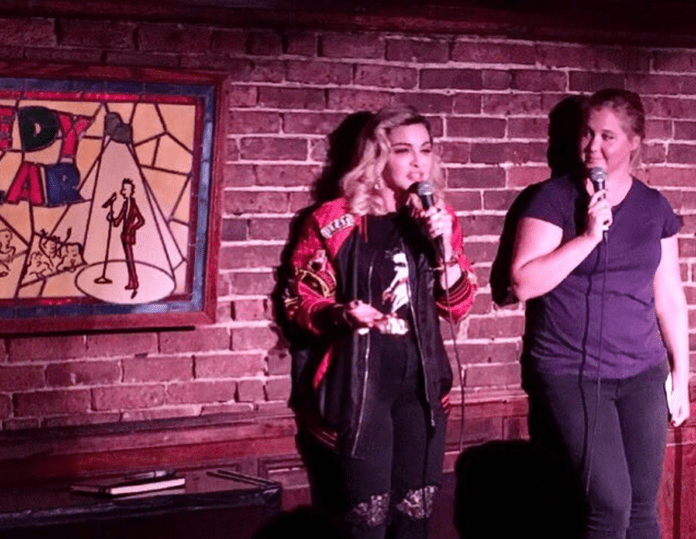 Madonna made her stand-up comedy debut in New York City on Tuesday night.

Taking to Instagram, Madonna shared a picture of herself and Amy on stage at the comedy club.

“Making my stand up debut!” she wrote. “What a thrill. Finally busted my cherry. thank you Amy!”

Check out today’s episode of The Daily Goss: