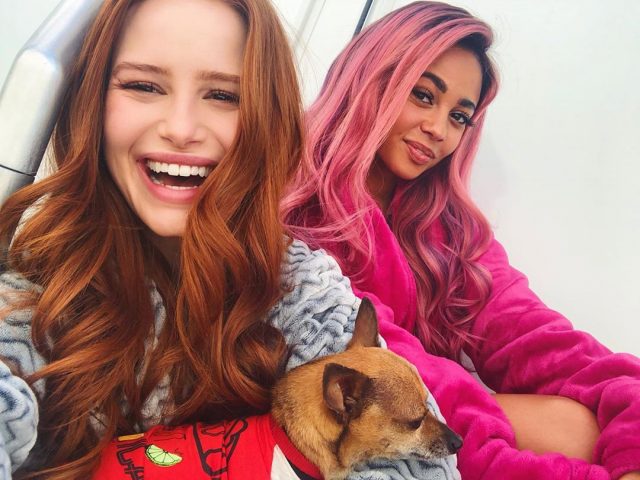 Over the weekend, Vanessa announced on Instagram that she’s expecting her first child with Michael Kopech – but just days later, multiple outlets reported that the baseball player had filed for divorce.

Jumping to her friend’s defence, Madelaine responded: “Honestly, if I see one more comment like this I’ll lose it.” 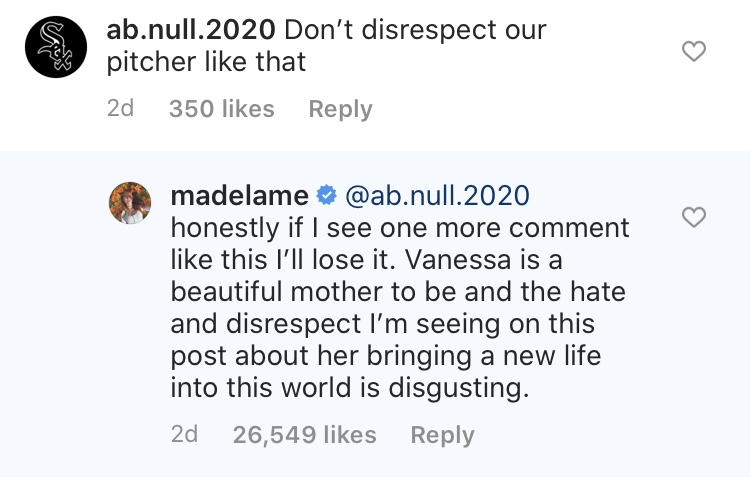 “Vanessa is a beautiful mother to be and the hate and disrespect I’m seeing on this post about her bringing a new life into this world is disgusting,” she added.

Madelaine and Vanessa became friends after they were cast as Cheryl Blossom and Toni Topaz in the hit series Riverdale, and Madelaine even acted as a bridesmaid at Michael and Vanessa’s wedding back in January.

Michael filed for a divorce on June 19th, a month prior to Vanessa’s recent pregnancy announcement.

Online records confirming the divorce were obtained by The Chicago Tribune, and a rep for Vanessa confirmed to E! News that Michael is the baby’s father. 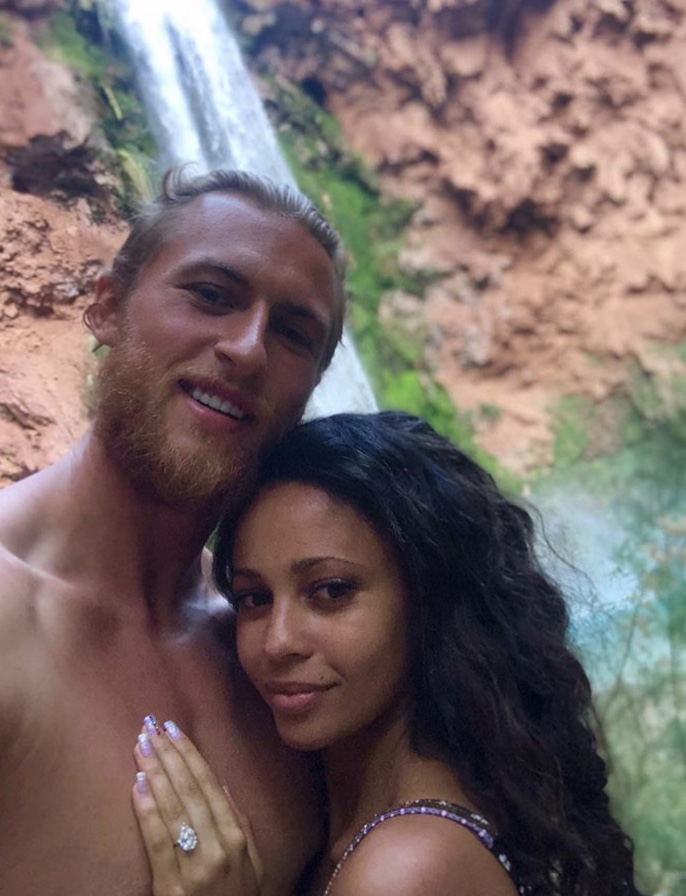 Over the weekend, Vanessa announced her pregnancy in an emotional Instagram post, revealing she and her husband were expecting a baby boy.

Sharing photos and videos from her gender reveal party, the 28-year-old told fans: “Was debating keeping this part of my life hidden but I knew people would see pictures eventually with my belly & I wanted you guys to hear it from me.”

“I do want to keep this chapter of my life private but did want to be the first to share the news. I am overjoyed to be welcoming my baby boy into the world this January ????”

Exciting news… I am overjoyed to be welcoming my baby boy into the world this January ????. This little guy has already brought me so much happiness and a feeling of such a greater purpose. I cannot wait to meet you!! On a personal note, I have had the blessing of growing up in the public eye having started my acting career at age 6. While this has been incredible for me, I am very much looking forward to giving this little guy some room to grow up outside of the public eye, until he tells me otherwise ????. Lil one you were made with so much love & already exude a light so strong it warms my belly. Thank you God for this blessing ☺️ I’m just so happy & can’t wait to dedicate everyday to being the best mommy I can be ♥️ “I’ll love you forever I’ll like you for always as long as I’m living my baby you’ll be ???? “- if you know you know #preggers ???????? #quarantine???? ????????

“It’s almost like everything I thought mattered in this life has completely changed.. We’re here for such a greater purpose and life is so precious. I can’t believe how much growth & strength you’ve already given me as your mom,” she continued.

“It’s like God knew I needed you, my angel. The universe works in mysterious ways but always times everything the way it was meant to be. Lil one you were made with so much love & already exude a light so strong it warms my belly.”