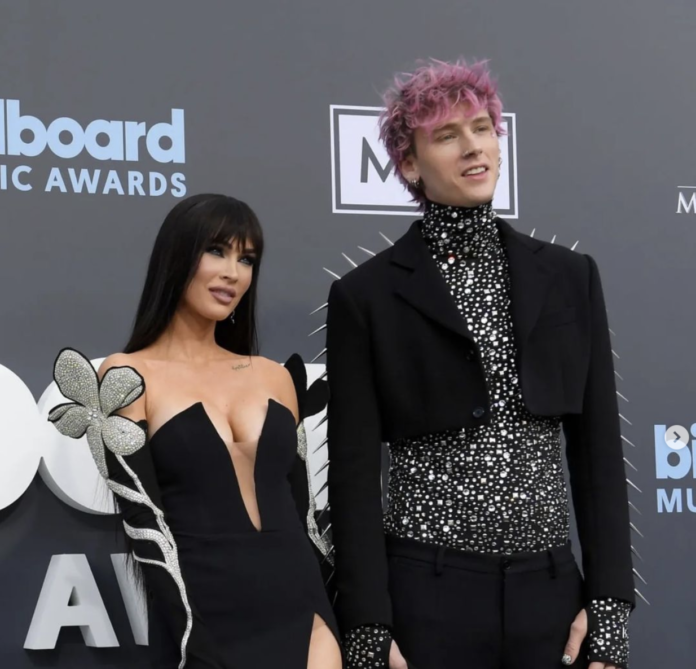 Machine Gun Kelly raised eyebrows at the Billboard Music Awards on Sunday night when he referred to Megan Fox as his “wife” and then mentioned their “unborn child”.

The musician performed his song ‘Twin Flame’ at the awards ceremony, and at the start of his performance he told the crowd: “I wrote this song for my wife.”

Then halfway through the performance, the rocker said, “This is for our unborn child,” as the sound of a heartbeat played.

Before the awards show kicked off, MGK explained the significance of the song he wrote for Megan.

He told Entertainment Tonight: “I wrote this song two years ago exactly today, played it for her. It’s just all the trip. It’s all meant to be.”

When asked if his performance will make her emotional, Megan confessed, “Yeah, there’s like some really special secret meaning to the song as well, so I’m sure I will be.”

It’s unclear what MGK meant by his dedication, but after his performance he tweeted: “Broke my heart to sing the end of that song.”

In another tweet, he added: “i recorded twin flame 2 years ago today, the second half came a year later. beautifully serendipitous getting to sing it for you tonight.”

broke my heart to sing the end of that song

The couple got engaged earlier this year, and shared the happy news on Instagram.

The musician proposed to the actress in January, after Megan finalised her divorce from Brian Austin Green.

The actress filed to separate from the actor in November 2020, citing irreconcilable differences, and requested joint legal and physical custody of their three children – Noah, 9, Bodhi, 7, and Journey, 5.