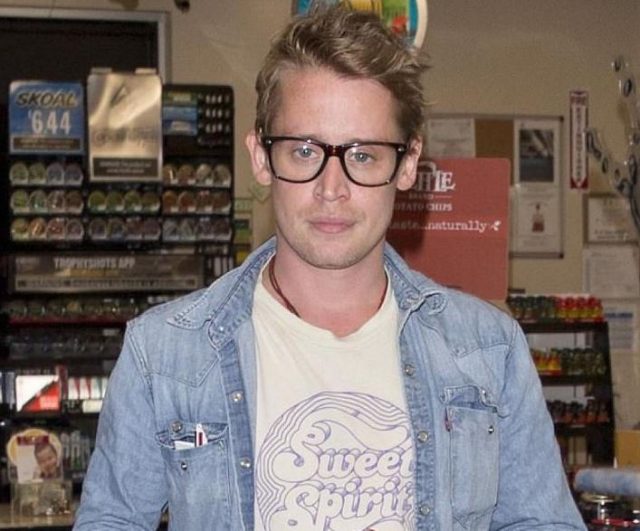 The former Home Alone star tweeted for more than eight hours beginning with,

“I will be live tweeting the Oscars tonight, but I won’t be watching them. WHA!?! That’s crazy!”

Macaulay made it clear earlier on in the night that it was the fourth year in a row that he hadn’t been invited to the Oscars with the actor tweeting that he was “not dead yet”.

Going straight in against some of the well known actors who have been accused of sexually abusing men and women, Macaulay shared an image of Kevin Spacey with the caption

“EXCLUSIVE: I heard Kevin Spacey and Harvey Weinstein were going to come disguised as a very tall man in a long trench coat but they got busted by security. #Oscars”

Macaulay then went on to talk about Jimmy kimmel hosting the awards and made comments on Casey Affleck and James Franco.

Jimmy Kimmel was included in the string of tweets.

Macaulay went on to mention Jimmy Kimmel hosting the awards saying “Oh THAT Jimmy is hosting! Did he ever win Ben Stein’s Money? #ManShow #Oscars”

Macaulay dressed in a tux for the occasion and made noodles at home.

Casey Affleck was also accused of sexual misconduct as well by a number of women.

Casey Affleck couldn’t make it cause he was stuck in the 1950s.

James Franco is one of the actors who has most recently been accused of sexual harassment.

James Franco was accused of sexual misconduct by five women a couple of months ago.

The tweets come after months of men and women coming out against actors that have been accused of sexual abuse.

The Home Alone star was reported by Hard Copy to have been named in a documens relating to child abuse by Michael Jackson.

The #Times up movement has seen celebrities over the last few months wearing white roses to the Grammy’s and all black to the Golden globes.