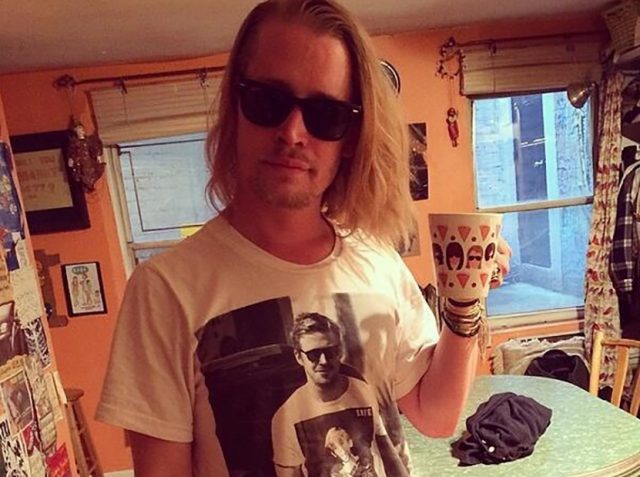 According to E! News, the Home Alone star and the former Disney Channel actress, best known for her role in The Suite Life of Zack and Cody, were spotted at Instagram’s Knott’s Scary Farm celebrity night on Friday.

A source said that the pair were being “affectionate” and holding hands while on a double date with Seth Green and his wife Clare Grant.

The news comes over a month after Brenda posted a photo with Macaulay, and Seth, on Instagram.

Epic first #summerslam ! Shout out to @sethgreen ( aka the king of group selfies ) for this amazing night and epic selfie. Haha.

“Epic first #summerslam ! Shout out to @sethgreen ( aka the king of group selfies ) for this amazing night and epic selfie. Haha,” she wrote.

It’s reported that Brenda and Macaulay grew close on set, as the pair are set to star in Seth Green’s upcoming movie Changeland.

The pair first sparked dating rumours when they were pictured going out for dinner at Craig’s in West Hollywood back in July.

Watch the latest episode of The Daily Goss below: