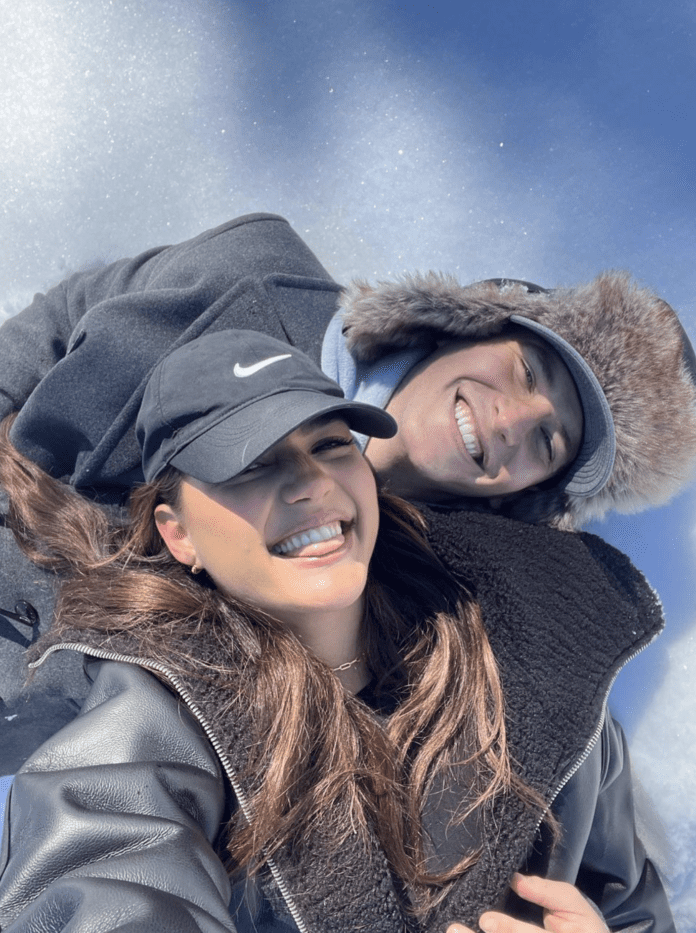 The couple first sparked romance rumours at the end of 2021, after meeting on the set of ‘All Store Shore’.

Blake finally went Instagram official with Giannina on Wednesday, sharing a series of loved-up snaps of him and his girlfriend.

On her own Instagram, Giannina shared even more sweet snaps, and referred to her boyfriend as “my worst kept secret.”

Before going official, Giannina recalled meeting Blake for the first time on set of the reality party competition series ‘All Star Shore’.

She told E! News earlier this month: “I’ve never watched the Bachelor franchise or any of that so I didn’t know who he was. He seemed familiar to me and he just flashed his big ole smile at me and that’s how I met him right on the beach.”

“He’s very respectful, but I don’t think that they know just how funny and spontaneous and dedicated he is. He’s doing his DJ gig now and just watching him reach all these new heights and all these goals, I don’t think a lot of people know that he has it in him, but he definitely does.” 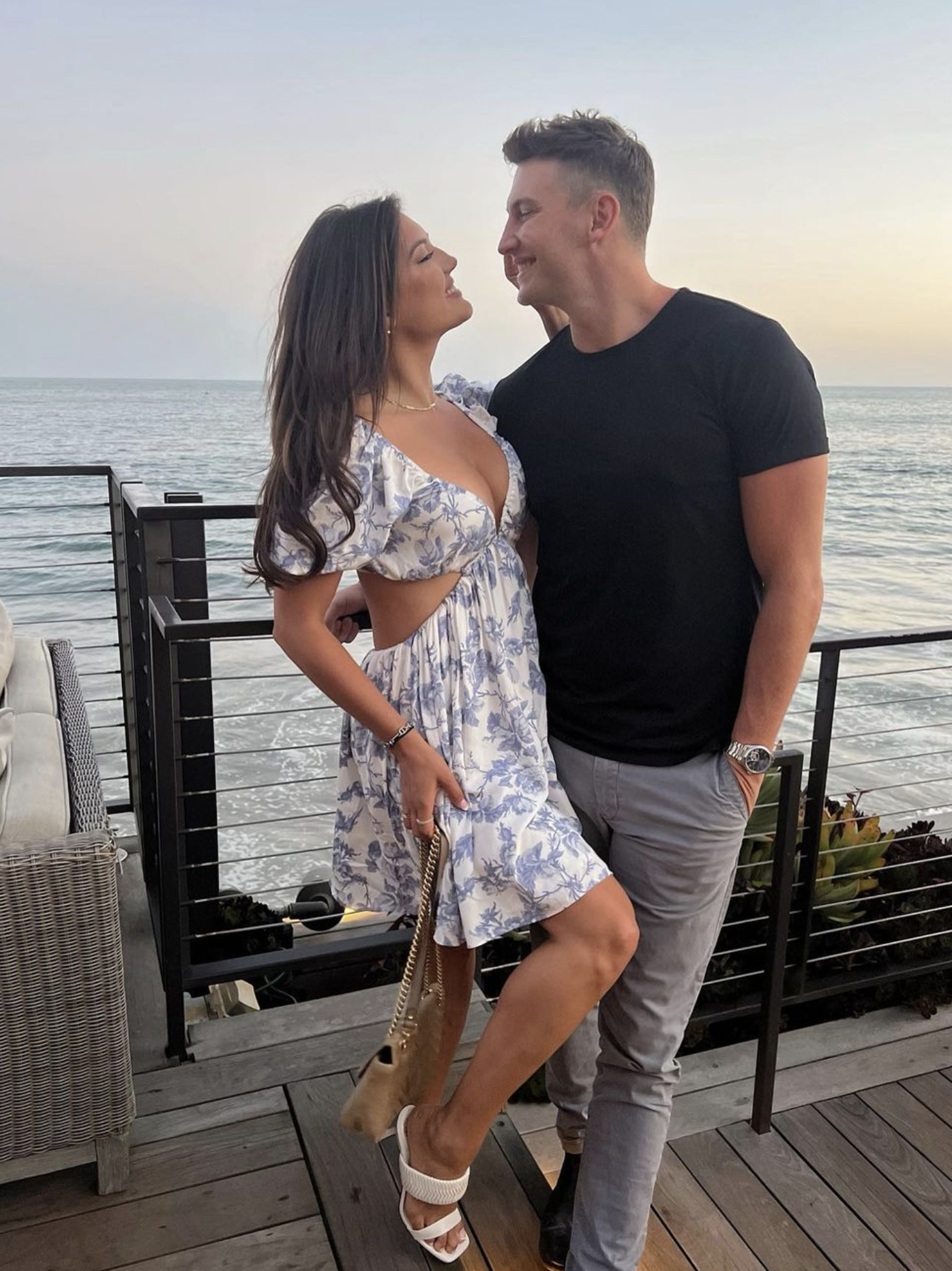 Blake made it to the final two on Becca Kufrin’s season of ‘The Bachelorette’ in 2018, and then appeared on season six of Bachelor in Paradise in 2019- but again left single.

Giannina got engaged to Damian Powers on ‘Love Is Blind’, which premiered in 2020. But on their wedding day, he didn’t say “I do.”

Still, Damian and Giannina tried to make their relationship work, and fans watched their journey continue on the 2021 reunion ‘Love Is Blind: After the Alter’. But by August 2021, Giannina declared herself “officially single”. 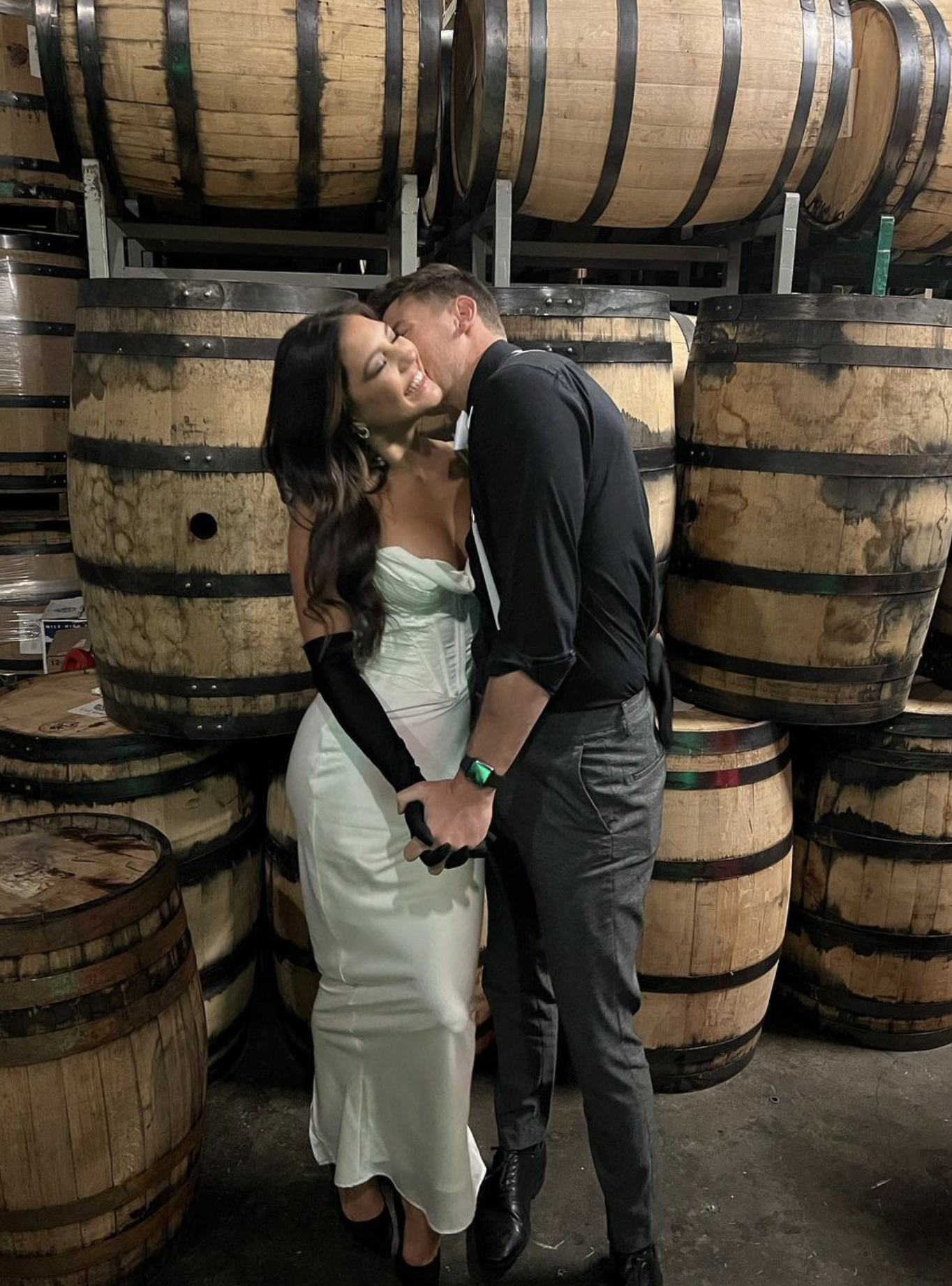 Then, in January 2022, Giannina and Blake shared several social media posts from what appeared to be the same location on New Year’s Eve.

A source then confirmed to E! News that they were, in fact, dating.

In the months after, the two were seen attending ‘Stagecoach 2022’ together and out on multiple dates.

“Blake thinks she is a really fun and down-to-earth girl,” a separate insider close to Blake told E! News earlier this year. “They have a lot in common due to the fact they are both in the reality TV world and have bonded over their experiences.”