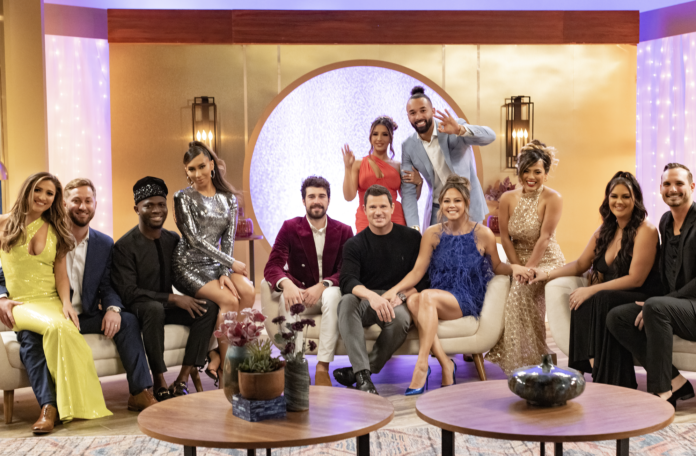 The couple met on season three of the hit Netflix show, and rekindled their romance after SK said no to marrying Raven at the altar.

In recent weeks, two women have claimed they were romantically involved with SK while he was with Raven in viral TikTok videos. Amid the cheating allegations, SK and Raven released a joint statement confirming their split.

The statement, which was shared on their Instagram Stories on Sunday, read: “We are saddened to announce that we have decided to go our separate ways.”

“Due to on-going legal proceedings surrounding these allegations, we can not provide additional details and ask that you please respect our privacy during this hard time.”

“Thank you for following our love story and believing in us. This journey has forever shaped our lives and we are so grateful for everyone who has been a part of it. Your love and support means everything.” 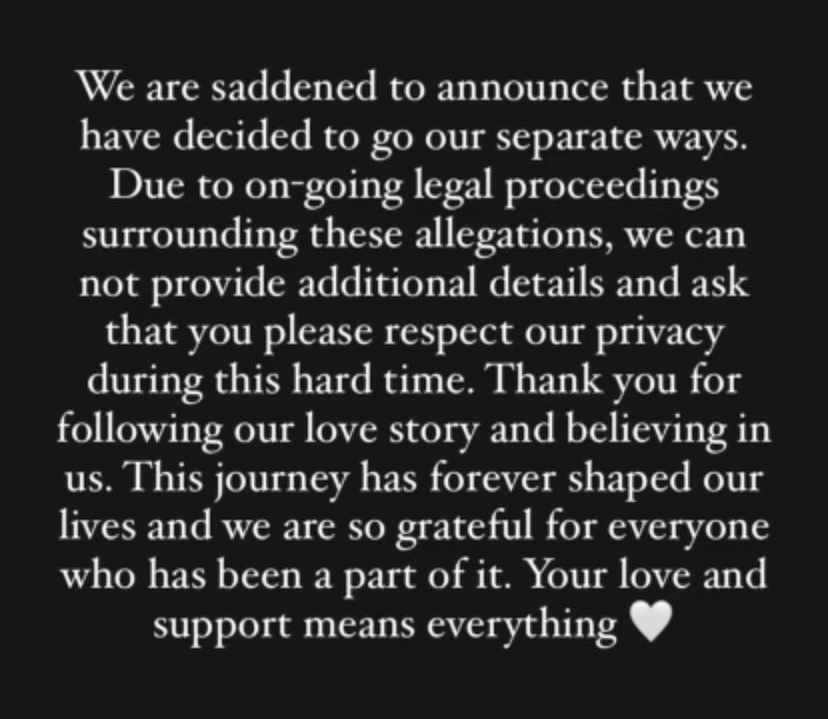 Love Is Blind fans were left shocked when SK said “no” to Raven at the altar, despite being madly in love with her.

He explained his decision, saying: “We have a very unique and complex set of circumstances. I feel like today is not the best time for us to do this.”

However, during the season three reunion, Raven and SK revealed they decided to rekindle their romance.

Raven said: “We’ve grown so much from this experiment, from what we’ve went through. From being apart, it makes it so much better when we’re together… it’s really beautiful to be able to do that.” Amid the recent viral allegations, Raven deleted all photos of SK from her social media, and SK did the same shortly after.