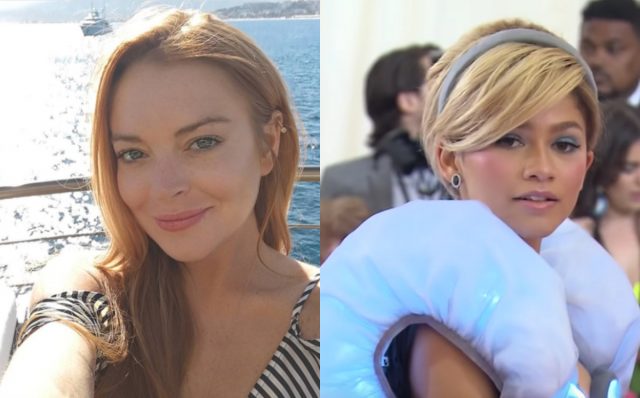 Lindsay Lohan has accused Zendaya of copying Claire Danes at the Met Gala.

The 22-year-old stunned on Monday night in a Cinderella-inspired gown by Tommy Hilfiger – which literally lit up the pink carpet.

However, Lindsay believes Zendaya’s look was a rip off of Claire Danes’ Zac Posen dress, which she wore to the 2016 Met Gala, when the theme was ‘Manus x Machina: Fashion in an Age of Technology’.

Taking to Instagram, Lindsay commented: “Claire Danes did that with @zacposen already.”

In another comment, the Mean Girls star added: “@clairedanes you wore this dress so beautifully, I don’t know why someone thinks that they can be more chic. Ever.”

Neither Zendaya or Claire have responded to Lindsay’s comments.