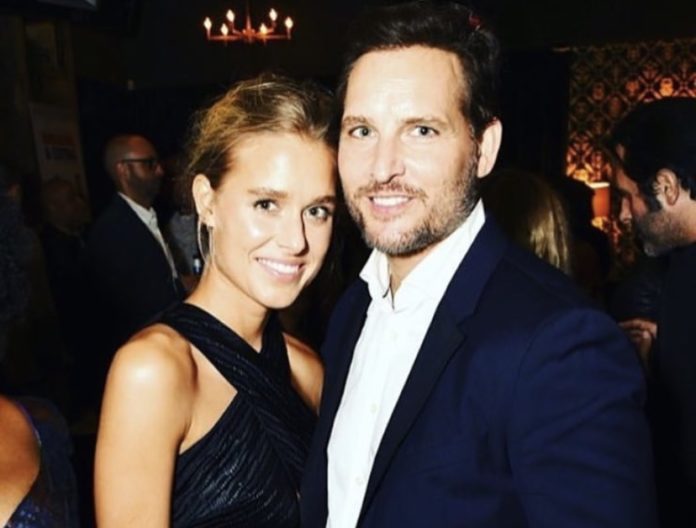 Lily Anne Harrison has announced she is expecting her first child with her fiancÃ© Peter Facinelli.

TheÂ VanishedÂ star, 33, shared the exciting news on Instagram by debuting her baby bump in a sweet snap.

She captioned the post: “Not a burrito belly ðŸ’—”

Her fiancÃ© Peter, who is best known for playing Dr. Carlisle Cullen in the Twilight films, commented: “Youâ€™re pregnant? ðŸ˜³ Why didnâ€™t you tell me?”

While this will be Lily’s first child, Peter is also the father of three daughters he shares with his ex-wife Jennie Garth – Luca Bella, 24,Â Lola Ray, 19, andÂ Fiona Eve, 15.

The former couple’s marriage ended in 2012 after 11 years.

Peter proposed to Lily before ringing in 2020 during a romantic beachside dinner at the Estrella del Mar Beach and Golf Resort in Mazatlan, Mexico.

His rep told E! News at the time: “Peter and Lily got engaged over the holiday during a romantic getaway to Mexico.”

“Both are beyond elated and are very much looking forward to all that the New Year will bring.”