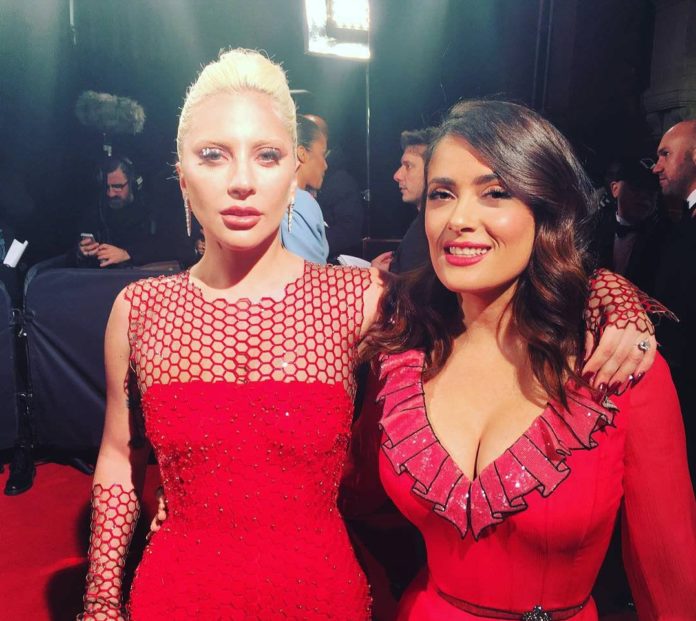 Lady Gaga has revealed her sex scene with Salma Hayek was cut from House of Gucci.

The 35-year-old played Patricia Reggiani in the film, who was convicted of conspiring to kill her husband Maurizio Gucci, who was portrayed by Adam Driver.

During a panel discussion with the cast, the singer revealed her character’s “sexual relationship” with Giuseppina ‘Pina’ Auriemm, played by Salma Hayek, was cut from the movie.

Gaga said: “There’s a whole side of this film that you did not see, where Pina and I developed a sexual relationship…”

“I remember being on set with Salma and going ‘so….after Mauricio dies, maybe it gets hot,'” she said, before Salma responded, “You think she’s kidding!”

The singer-turned-actress also praised the film’s director Ridley Scott, and said: “This is a testament to him as a director because he allowed us to go there.”

Although the scene never made the final cut, the superstar teased it might be included in the director’s cut.

House of Gucci was released in cinemas in Ireland on November 26, 2021.

The movie is inspired by the shocking true story of the family empire behind the Italian fashion house of Gucci.

Spanning three decades of love, betrayal, decadence, revenge, and ultimately murder, we see what a name means, what it’s worth, and how far a family will go for control.