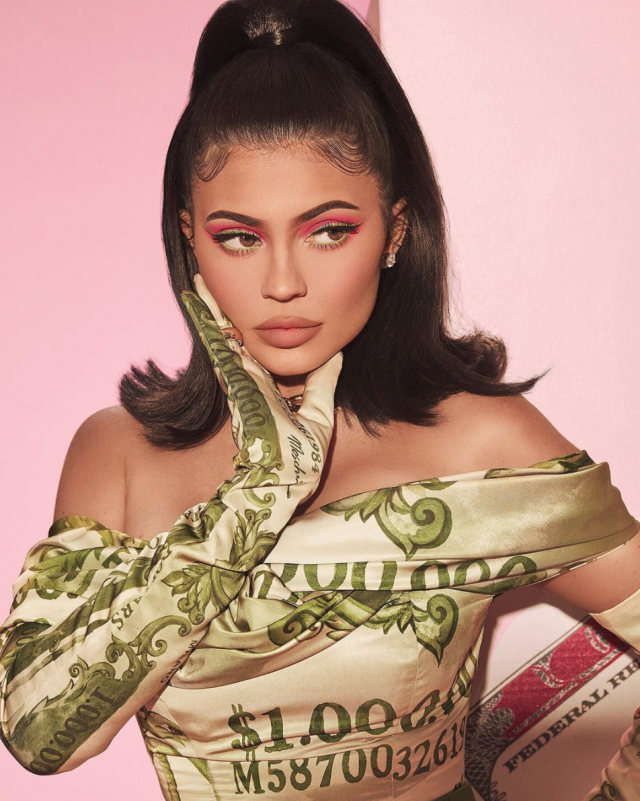 Kylie Jenner has revealed her siblings give her a hard time over her “billionaire” status.

The 22-year-old was named the world’s youngest self-made billionaire earlier this year, thanks to her Kylie Cosmetics empire.

Speaking on an upcoming episode of The Ellen Show, Kylie said her famous siblings always poke fun at her unbelievable wealth in their group chat.

When Ellen asked if they give her a hard time, Kylie said: “Um, it’s only when we we’re in a group chat talking about where should go on a trip. And then everyone’s like, ‘Kylie? Are you gonna pay for it?'”

“Just stuff like that! But they just joke with me, it’s just sister love! But they’re all really proud of me, for sure.”

When Ellen asked, “Do they really expect you to pay for all of the stuff?” Kylie’s momager Kris Jenner joked, “No, they don’t really… Just my stuff! As long as she pays for my stuff!”

During her interview, Kylie also revealed her daughter Stormi is the “perfect mix” of her and her rapper beau Travis Scott.

“She is the perfect mixture of both of us. She’s definitely like a little rager, she loves music,” Kylie said.