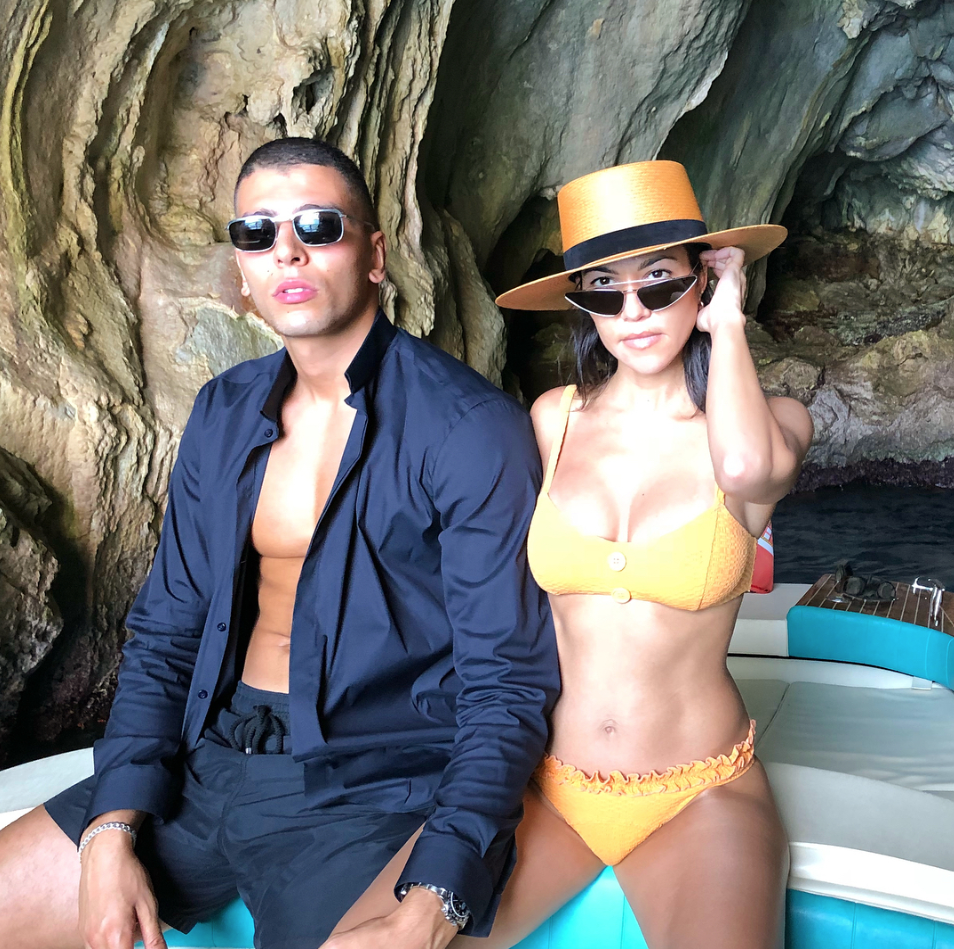 Seven months after their split, Kourtney Kardashian has been spotted with her ex Younes Bendjima – but it looks like their meet up wasn’t planned.

TMZ has reported that the reality star spontaneously bumped into her former flame at Alfred Tea in LA over the weekend.

In photos obtained by the outlet, Kourtney and her friend can be seen ordering at the counter, as Younes stands closely behind her.

An eyewitness said Younes was in line ordering when Kourtney and her girlfriend approached him.

The pair reportedly “got handsy with one another”, and Kourtney kissed him on the cheek when they said goodbye.