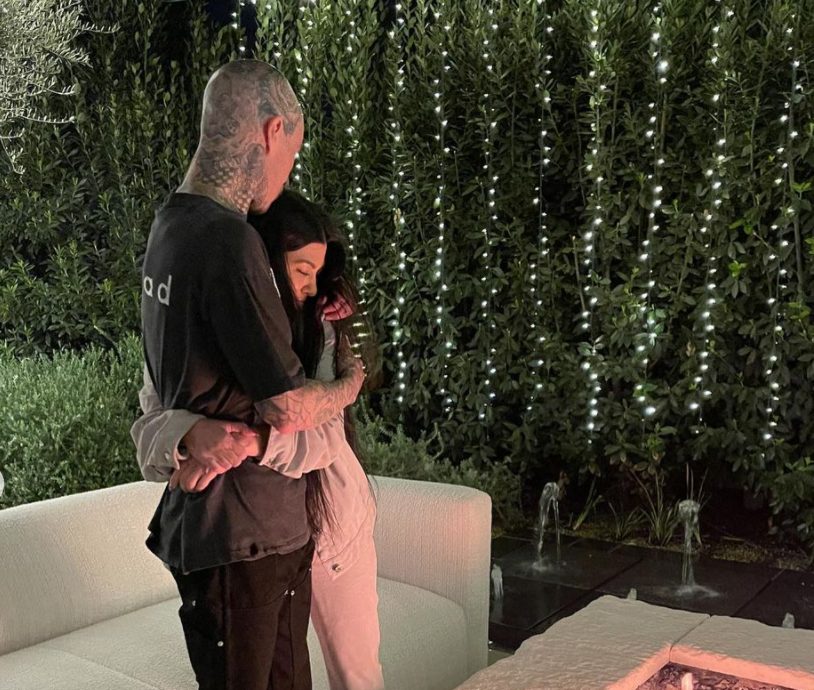 Kourtney Kardashian has shared loved-up snaps from her birthday vacation with Travis Barker.

The Blink-182 drummer whisked her off on a romantic holiday last week, to celebrate her 42nd birthday.

Taking to Instagram on Monday night, the reality star posted a photo of her straddling Travis, as they shared a kiss.

The mother-of-three also shared snaps from their desert getaway on her Instagram Story.

In one video, Kourtney revealed she was finally watching Bridgerton – after her sisters, Kim and Khloe, raved about it online. 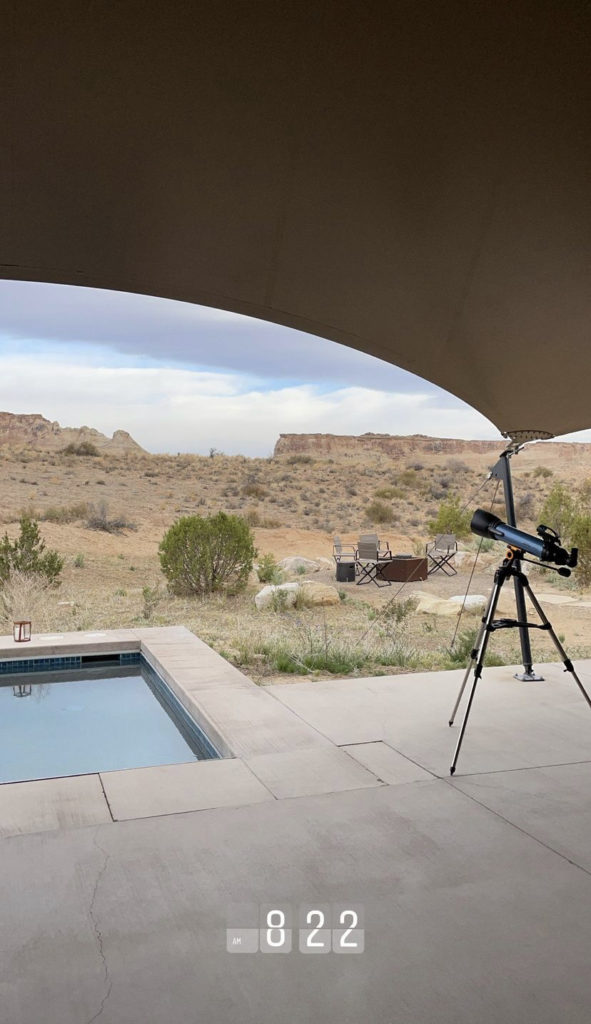 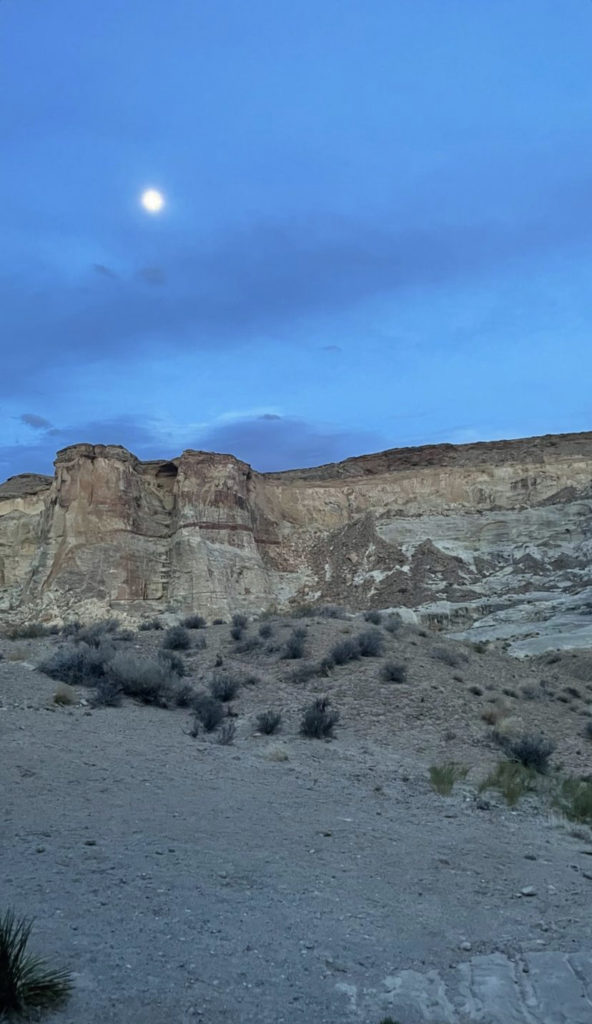 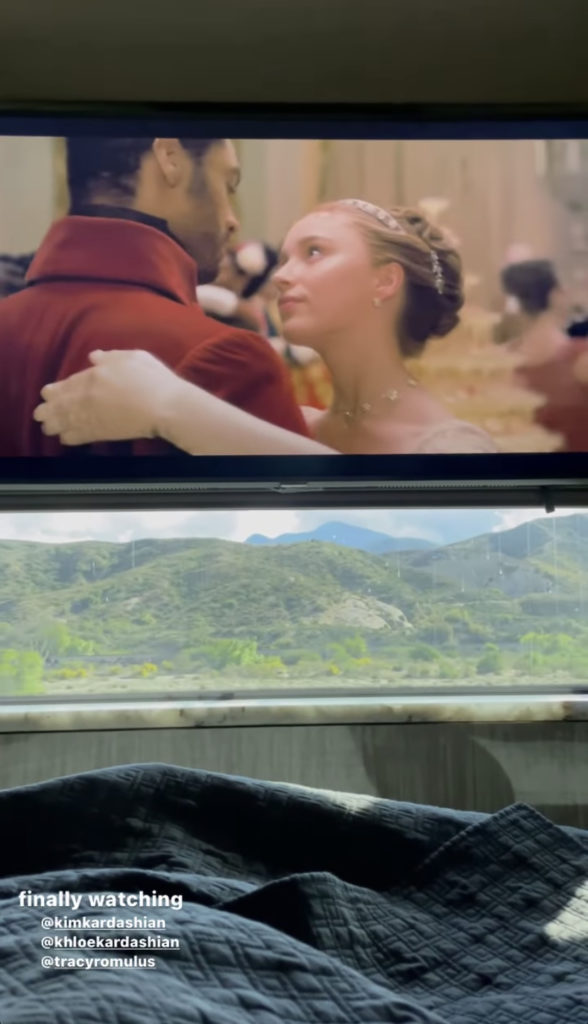 The news comes amid reports Kourtney’s romance with Travis has been “hard” on her ex Scott Disick.

Kourtney and Travis confirmed their romance in February, after their close friendship blossomed into a romance.

A source recently told E! News: “It’s uncomfortable for Scott to see Kourtney in a serious relationship, although he knew this day would come.”

“He is glad she is happy, but it’s definitely been hard on him. He doesn’t like to bring it up and it’s a weird convo for him.”

“At one point, the family was really encouraging Scott and Kourtney to try the relationship again and it’s a bit of an eye opener for him, that it’s truly never going to happen.”

“He is trying to adjust and be a grown up about it, but seeing Kourtney get so serious with someone so quickly is not easy—especially someone they have known for so long,” the insider explained.

“Scott has never been comfortable seeing Kourtney with guys, but this feels different.”

“Kourtney is all in with Travis and the kids like him too. It feels to Scott like they are merging their families and going full steam ahead. That has made him very uncomfortable and he’s trying to figure out where he fits in.” 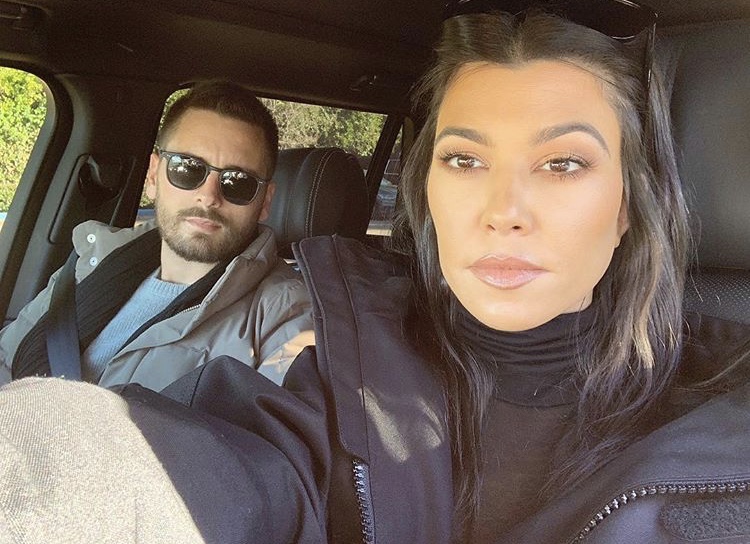 “Before Travis, Kourtney and Scott were together a lot and of course now that has changed,” the source continued.

“Scott has always held out hope that he and Kourtney will end up together and this is the first time he feels like someone else might prevent that. He doesn’t want to see or hear about it, but he’s trying to deal with it as best as he can.”

“Scott has really distanced himself from Kourtney recently. Of course they are still cordial when it comes to the kids, but they aren’t hanging out as much or doing things as a family. The communication has become strictly about the kids.”