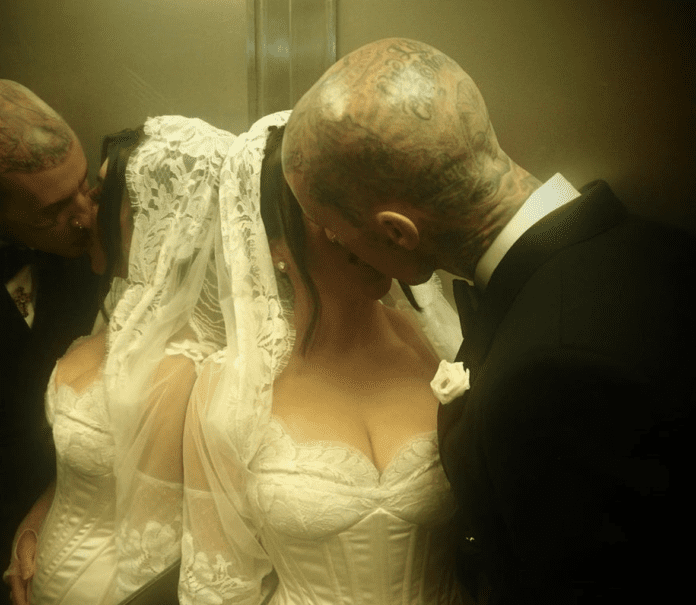 Kourtney Kardashian and Travis Barker have shared some steamy behind-the-scenes snaps from their wedding day in Italy.

The couple exchanged vows in front of their family and friends in a lavish ceremony at Castello Brown in Portofino on Sunday evening.

Taking to Instagram on Friday, the reality star posted black-and-white snaps of the newlyweds on a boat the night of their wedding.

The photos showed Kourtney’s new husband kissing her leg and foot, before taking her garter off with his teeth.

Meanwhile, the Blink-182 drummer shared some steamy snaps of the couple kissing in an elevator.

He added the caption: “Love in an elevator.”

The couple tied the knot in a grotto area of Castello Brown on Sunday, after legally marrying at a courthouse in Santa Barbara a week prior.

You can see all the behind-the-scenes snaps from their wedding reception here.