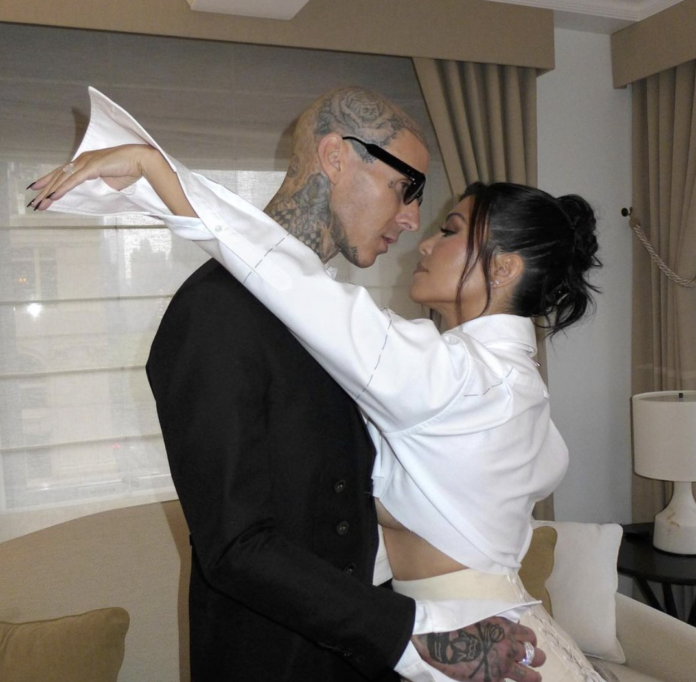 The couple legally wed at a courthouse in Santa Barbara on Sunday, just one month after their “practice wedding” in Las Vegas.

Kourtney, 42, and Travis, 46, exchanged vows with a small number of people in attendance, including her grandmother MJ and Travis’ father Randy. 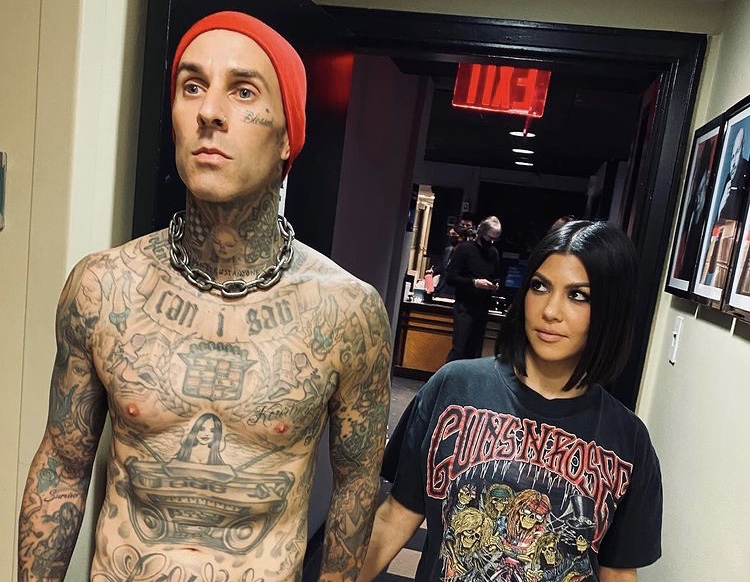 TMZ was first to report the news, and published photos of the pair driving away from the courthouse in a vintage black controvertible with a sign that said “Just Married” hanging off the bumper.

In the photos, Kourtney was seen wearing a white mini dress, and a matching veil.

While the couple are now legally husband-and-wife, Kourtney and Travis will exchange vows once again at their official wedding in Italy in the coming weeks. 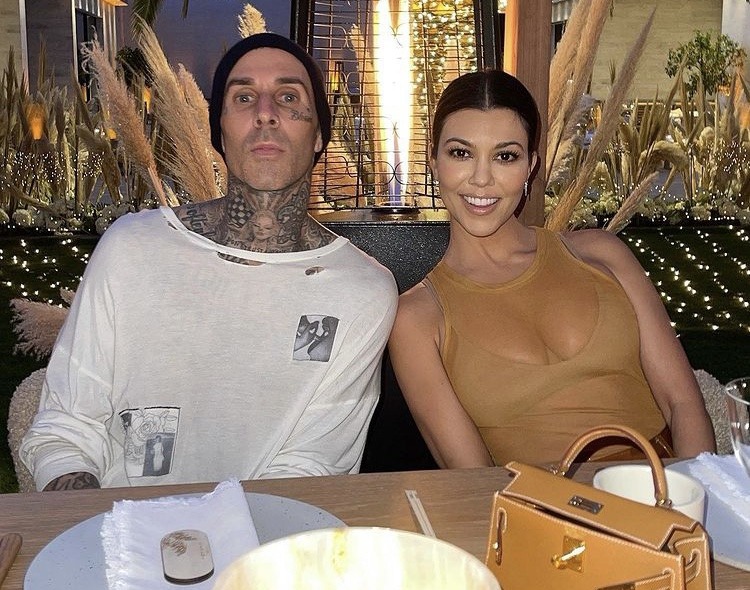 A source told PEOPLE: “They had to legally get married first ahead of their big Italian wedding, which is happening very soon.”

“All the details are set and the whole family, including all the kids, are very excited.”

The news comes after Kourtney and Travis appeared to host a wedding shower in Palm Springs last week.

The couple’s friends Toby Morse, Phil Riportella and Allie Rizzo all shared photos from the event to social media on Wednesday. Toby shared a snap of him and Travis to his IG Stories, and wrote: “Beautiful day today! Thanks for having us & congrats! @travisbarker @kourtneykardash #YoureSoCool.”

‘Kravis 4 Ever’ balloons were seen in the background of the photo, and guests also shared photos of skull themed cookies.

They also enjoyed a private outdoor screening of Edward Scissorhands at the end of the night.

Kourtney and Travis started dating at the end of 2020, and got engaged last October on a beach in Santa Barbra.

Last month, the couple got married in a Las Vegas chapel after the Grammy Awards, but the wedding was not official as they did not obtain a marriage certificate.

Cameron Diaz is coming out of retirement