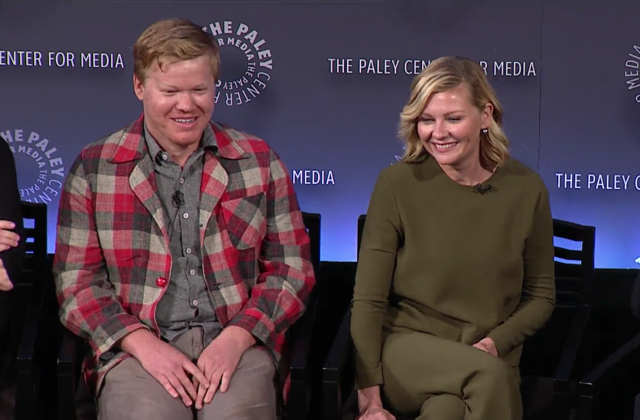 Kirsten Dunst has confirmed to the world that she’s pregnant with her first child.

Back in December, Us Weekly reported that the actress is expecting her first child with fiancé Jesse Plemons – and now she’s confirmed her exciting baby news.

Kirsten and Jesse started dating back in 2016, while playing husband and wife on FX’s Fargo, and they’re set to tie the knot in Austin next spring.

Kirsten teased the fact that she was ready to become a mother in Marie Claire UK’s July 2017 issue.

“I’m at a stage in my life where I’m like, I’ve been working since I was 3. It’s time to have babies and chill,” she said.

“I wasn’t one of those ‘I need a baby!’ people until my goddaughter was born. I love her so much. That love is just like … you can’t experience that unless you have a kid.

“I put her to bed last night and she woke up this morning and said to her mom, ‘Where’s Kiki?’ I just love that love. That’s what I want,” she added.