Kim Kardashian has revealed that she “started crying” the last time she saw O.J. Simpson.

The reality star appeared on her friend Jonathan Cheban’s new podcast FoodGod: OMFG, and the pair started talking about the former NFL star after Jonathan said he recently bumped into him at a restaurant in Miami.

Recalling their encounter, Jonathan said: “He knew me and then he asked … he was in the back room, and the guy felt like a charmer, it’s so crazy…”

“I know whatever happened or whatever, he’s such a charming person just the way he speaks and stuff. And like the first thing he asked was about you guys, like, ‘How are the girls? How is everybody?'”

Kim then told Jonathan that the last time she saw O.J. was in Miami, before he went to jail in 2008.

“I think the last time I saw him was in Miami,” Kim said. “It was before he had gone to jail, [for the] last situation, and Khloé and, I think me Kourtney and Khloé were in Miami in a club, and we ran into him in the VIP section.”

“But it was like behind a stage or something, I don’t even know what club it was at. We all, I think, started crying. It was emotional, I think.”

Kim’s late father, Robert Kardashian, was a friend of O.J.’s and famously acted as one of his defense attorneys during his 1994 murder trial – after he was accused of violently killing his ex-wife Nicole Brown, and her friend Ron Goldman. 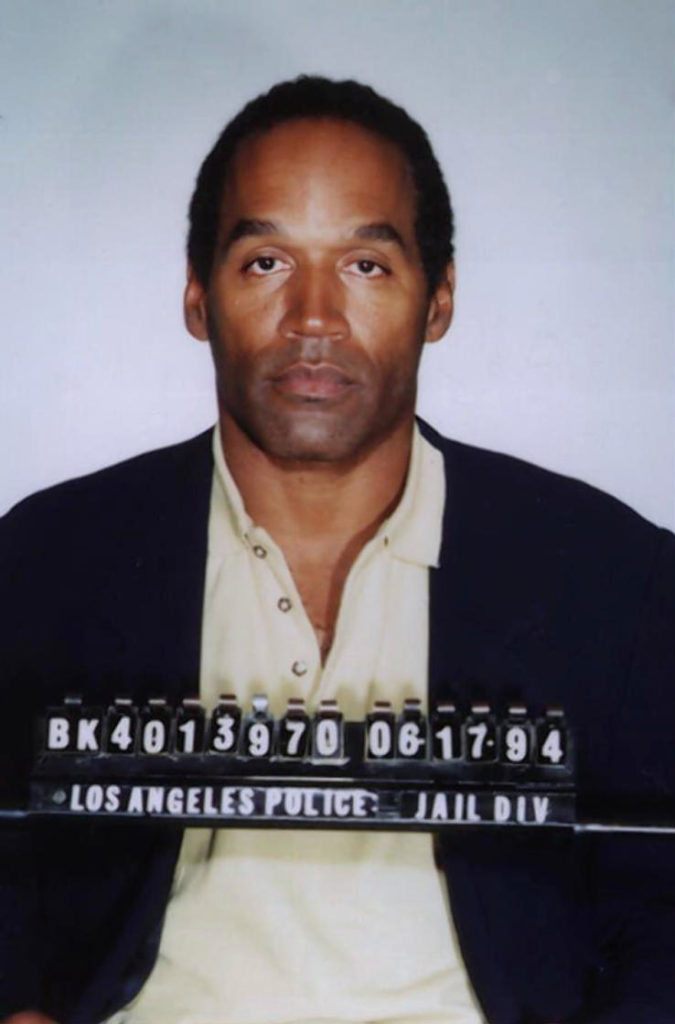 The trial drove a massive wedge between Robert and Kardashian matriarch Kris Jenner, as she was best friends with Nicole Brown.

The former NFL star was acquitted of the murders in October 1995, but was later deemed liable for their deaths in 1997 in a civil case brought by Nicole and Ron’s families.

Then in 2008, O.J. was jailed for his role in the armed robbery and kidnapping of two sports memorabilia dealers in Las Vegas, and was later released from prison in 2017.

Referring to the popular FX series ‘American Crime Story: The People vs. O.J. Simpson’, which was based on the 1994 murder trial, Jonathan said to Kim: “I just watched it, and I can’t believe your dad was such a big part of it, it was crazy.”

“I never met your dad and for me to see that, and my connection to you, like I watched the O.J. trial, and I can’t believe I didn’t meet him. Because of him, and there’s you, and then there’s like me, and it’s like a weird…”

When Jonathan pointed out that they’ve never spoken about her father’s involvement in the trial, Kim said: “I never really talk about it.”

“I just, you know, his kids are all so amazing and Nicole’s kids, and I’m still somewhat friendly with his children.”

“I don’t really talk to them, but I did connect with his son a few years back, and I just have respect for them, and their lives must be extremely hard to really go through that. I always try to keep to myself on that issue and not really bring anything up for them,” Kim explained.