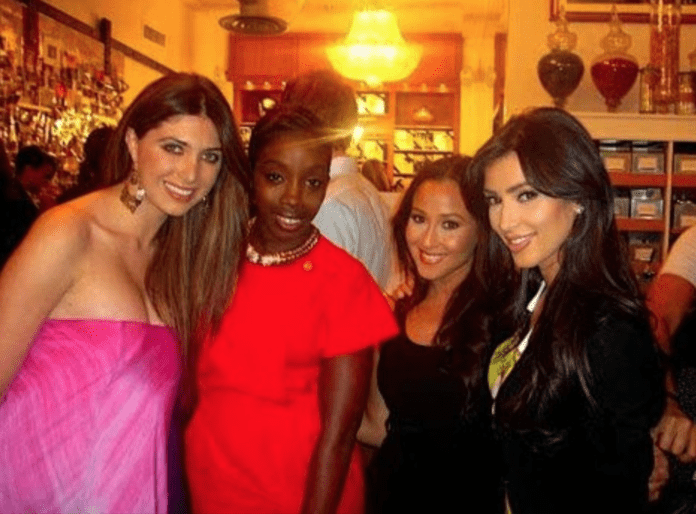 Kim Kardashian has revealed that her 5-year-old daughter, North, is a huge fan of The Cheetah Girls.

Fans of the Kardashian family will know that they have a long history with Adrienne Bailon, who was one of the founding members The Cheetah Girls – the Disney pop group who released a number of TV movies in the early 2000s.

Taking to her Instagram Story last night, Kim posted a video of North watching one of their Disney Channel Original Movies alongside the caption, “North’s new obsession! #CheetahGirls.”

Kim then tagged Adrienne and wrote, “Should I break the news to North that this could have been her auntie?!?!?!” 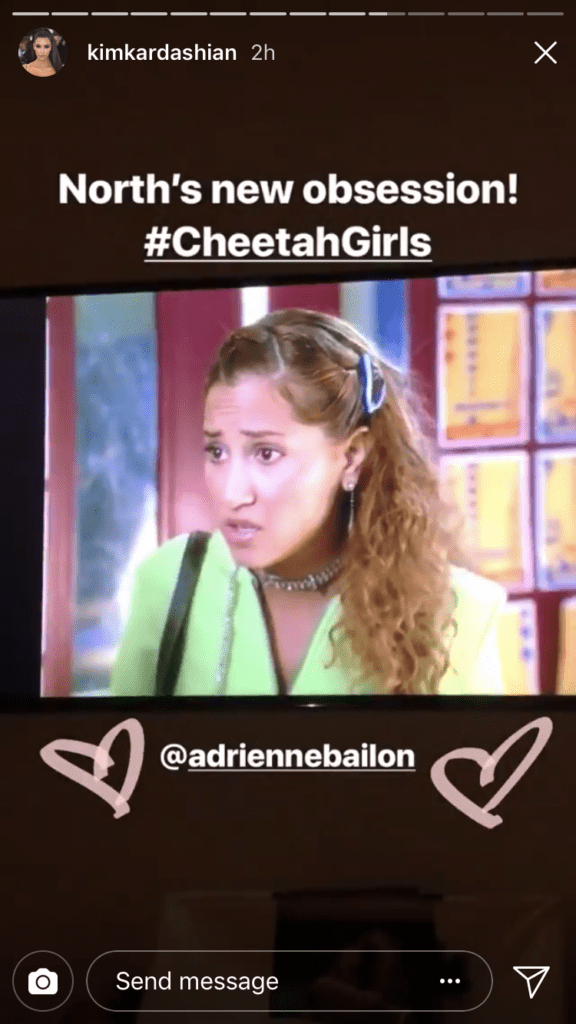 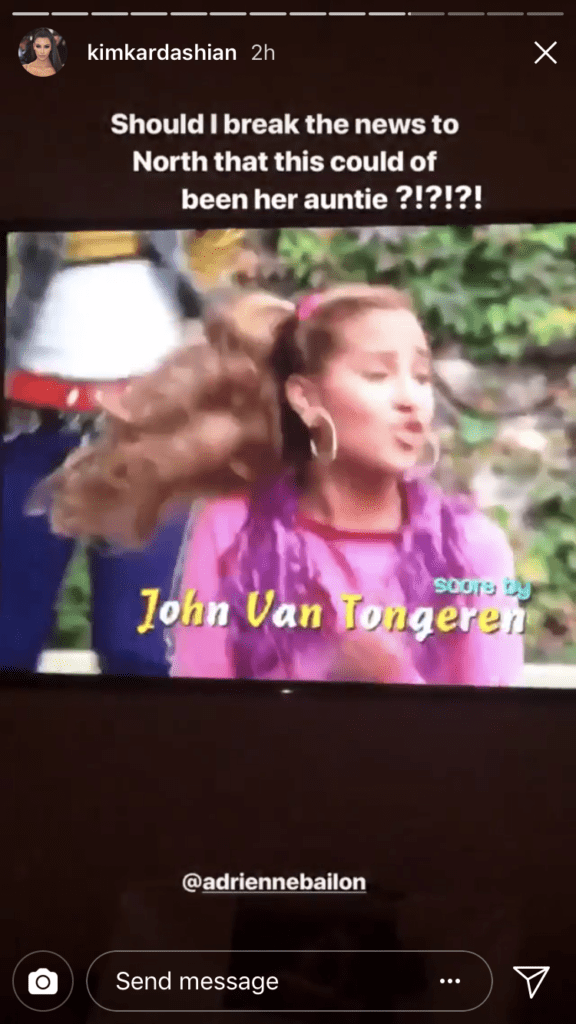 Adrienne famously dated Kim’s younger brother, Rob Kardashian, from 2007 to 2009 – and regularly appeared on their reality show, Keeping Up With The Kardashians.

Despite Adrienne’s claims that Rob was unfaithful to her, she’s remained friendly with the Kardashian family.

The 34-year-old even reposted Kim’s Instagram Story, and wrote, “Just woke up to this! LOL. This hairstyle and this outfit. HYSTERICAL.” 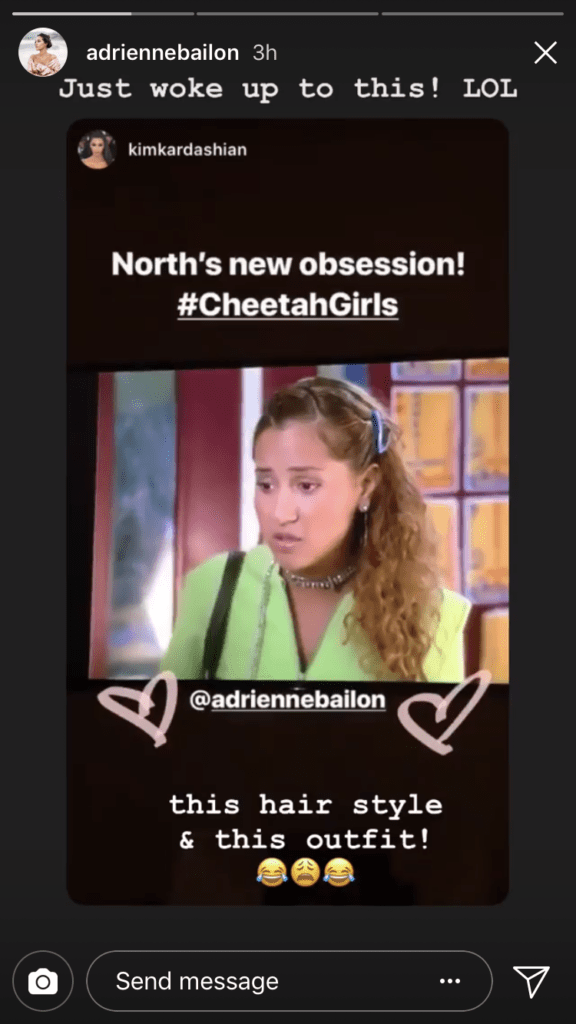 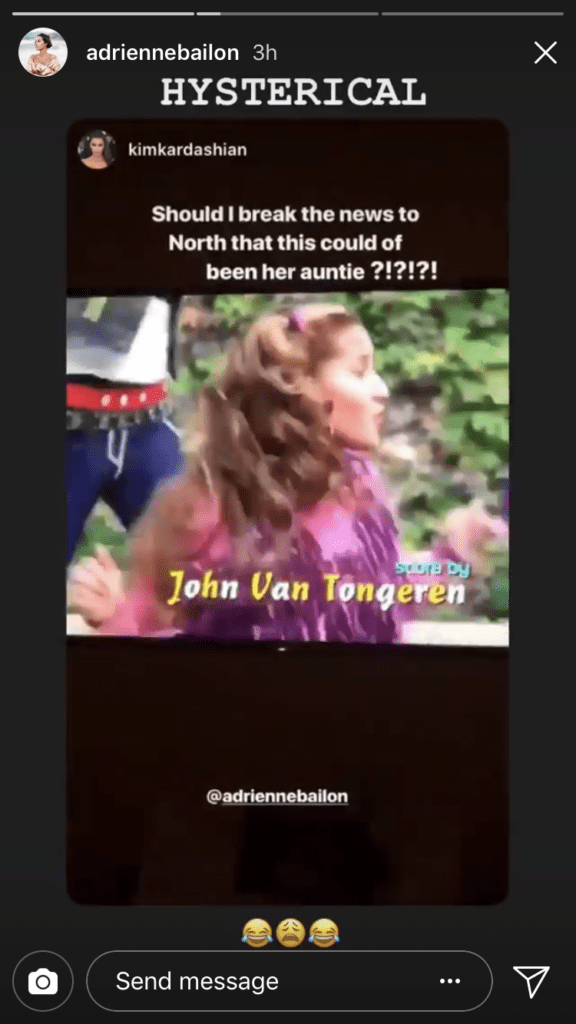 Taking a trip down memory lane, Kim then tweeted, “So North requested we watch The Cheetah Girls movies tonight! And I found something really special. When they were on tour we made an epic horror movie called Meow and I found it on YouTube.”

Kim then shared the funny three-part video, which features cameos from both her and Rob on her Twitter feed.

Meow (Part 1) https://t.co/jjC9qqlbIm via @YouTube There’s 3 parts! You have to watch

Adrienne retweeted the video alongside the caption, “LOL”.

The former Disney star is now married to music producer Israel Houghton, while Rob has  daughter Dream with his ex Blac Chyna.