The 41-year-old revealed she had lost 16 pounds in three weeks in order to fit into the figure-hugging outfit, which she only wore for a few minutes on the red carpet. 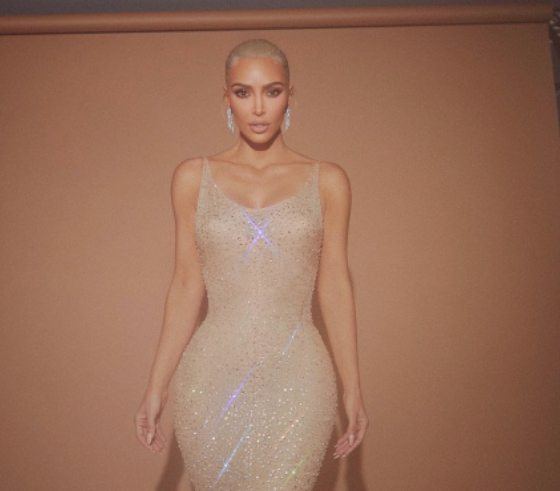 No adjustments were allowed to be made to the multi-million dollar dress, as per agreement when it was sold at auction to Ripley’s Believe It or Not museum.

Kim candidly revealed that regardless of the weight loss, she was unable to zip the dress up completely, and resorted to wearing a faux fur coat to cover the back.

Since the Met Gala, Kim has come under fire for wearing the historic gown, and has even been accused of damaging it in the process.

During an interview with Hoda Kotb and Savannah Guthrie on NBC’s Today, Kim responded to the controversy surrounding her wearing the dress.

She said: “I respect [Marilyn]. I understand how much this dress means to American history and with the [Met] theme being American, I thought what is more American than Marilyn Monroe singing ‘Happy Birthday’ to the President of the United States.”

“It was such a process. I showed up to the red carpet in a robe and slippers and I put the dress on at the bottom of the carpet, went up the stairs… I probably had it on for three minutes, four minutes, and then I changed at the top of the stairs.”

When asked to address claims the dress was “ruined” after she wore it, Kim shook her head and said, “No … Ripley’s [and I] worked together so well. There were handlers and gloves that put it on me.”

When the dress was returned to Ripley’s Believe It Or Not! Museum, they stated that “no damage” had occurred to the garment.

However, the museum was forced to release a further statement on their website this month, following accusations Kim damaged the dress.

The statement read: “Kim Kardashian wearing the ‘Happy Birthday’ dress has been hotly contested, but the fact remains that she did not, in any way, damage the garment in the short amount of time it was worn at the Met Gala.”

“From the bottom of the Met steps, where Kim got into the dress, to the top where it was returned, the dress was in the same condition it started in,” said Amanda Joiner, Ripley’s Vice President of Publishing and Licensing, who looked after the dress on the day.

A post shared by Ripley’s Believe It or Not! (@ripleysbelieveitornot)

Ripley’s Believe It Or Not! Museum bought the dress at auction in 2016 for $4.8 million.

In 2017, a report of the dress’ condition said: “A number of the seams are pulled and worn. This is not surprising given how delicate the material is.”

At that time, there was already “puckering at the back by the hooks and eyes,” the museum’s website said.