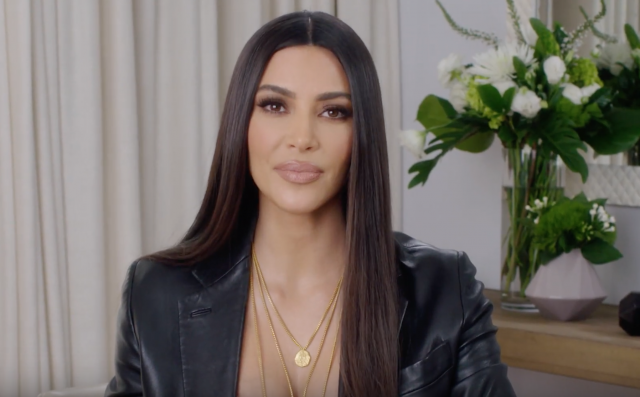 Kim Kardashian has clapped back after followers criticised her for showcasing an empty fridge.

Some critics left comments on the photo, uploaded by Kim, which saw her posing in front of an almost empty refrigerator to promote her new Skims range.

Comments such as”do you eat air?” and “how do you feed your kids with a fridge that empty,” were left on the photo, and Twitter fans discussed in detail the possibilities of Kim having additional food storage.

😂😂😂 Go to my IG stories for a Fridge tour asap! 😂😂😂 pic.twitter.com/uSuHriq9rb

The criticism led Kim to respond – and give us a tour of a never before seen area of her architectural home.

“OK since the inside of my fridge is so baffling and I saw all these news reports, I’m gonna give you guys a tour of my fridge,” she said.

She detailed the contents of the empty fridge, which holds various drinks for herself and her children.

She passionately expressed that she has removed all plastic from her home, choosing to store her food in glass and wood containers.

“So you’ll come into my pantry… I got rid of all my plastic so it’s all like glass jars,” she pointed out.

Moving back to the fridge, she said: “I got rid of all plastic bottles, so I just have this for right now… It’s just my drink fridge.”

“However, let me show you something,” she then said, walking over to another area of her home.

Revealing a massive, industrial level kitchen, Kim first showed fans what she was having for dinner – vegan tacos – before sharing her actual fridge.

“This is the kitchen where it all happens,” she said.

“And guys, I have a walk-in refrigerator where we keep all of our fresh, organic produce.”

Opening the door, she showed a huge temperature controlled room which hosted a massive array of foods.