The Hollywood couple are said to be suing Steve Stanulis over “defamatory comments”, according to TMZ.

In a legal letter seen by the website, the famous couple claim he made “false and defamatory statements” and breached a confidentiality agreement.

Speaking on a podcast, Steve had alleged that Kanye gave him “ridiculous rules” and said that he was “one of my least favourite people to work with over the course of time”.

Now it is being reported that the pair could be suing for minimum $10 million for breaching their confidentiality agreement.

However Steve Stanulis’ publicist denied to TMZ that any breach of confidentiality agreement had been committed.

In a statement, he said that “old stories” were asked about on the podcast and that he actually “respects” the rapper. 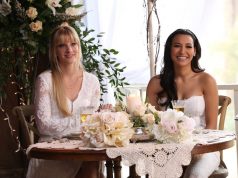