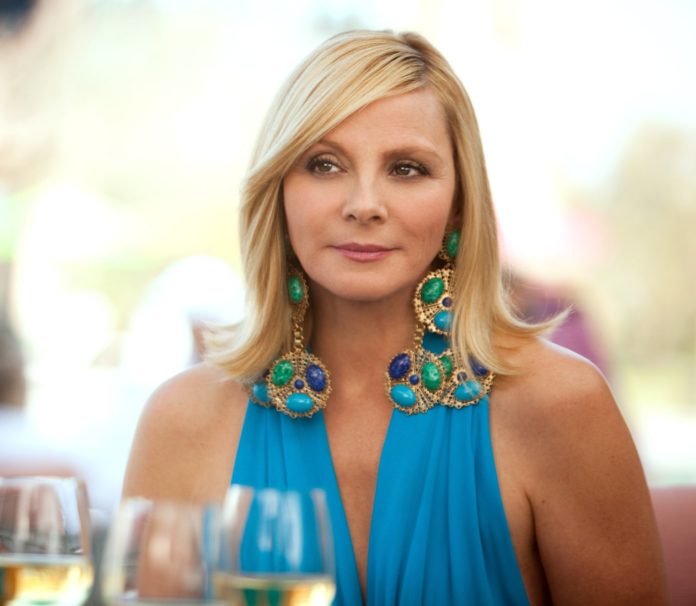 Kim Cattrall has addressed her absence from the Sex and the City reboot for the first time.

During a candid interview with Variety, the 65-year-old also revealed the real reason why she quit the franchise during talks of a third movie.

The actress played PR guru Samantha Jones in the original series and the two movies that followed, but didn’t appear in HBO Max’s revival series ‘And Just Like That…’

Kim said: “I was never asked to be part of the reboot. I made my feelings clear after the possible third movie, so I found out about it like everyone else did — on social media.”

The actress also claimed the storyline of the revival series was “basically the third movie” that never got made.

The Canadian star admitted she wasn’t happy with Samantha’s storyline for the third SATC movie, as her character was supposed to receive unwanted “d**k pics” from Brady, Miranda’s teenage son.

Critiquing the original storyline, Kim suggested: “Why can’t Samantha, who owns her PR company — maybe she had to sell it because of financial woes? 2008 was tough.”

“Some people are still recovering. She had to sell it to some guy who’s wearing a hoodie, and that’s the dilemma she has.”

“I mean that’s a scenario that was kind of off the top of one of my reps’ heads, and I thought that’s a great idea. That’s a conflict. Instead of an underage boy’s…”

“I would have preferred for all of us to have some kind of event to warrant a third film. That didn’t happen,” she continued.

“But also, I was ready. And this is exactly what I wished for: to be in different places playing different characters because I’m a character actress.”

“And as difficult as it was, and as scary as it is to stand up and not be bullied by the press or the fans or whomever — to just say, I’m good. I’m on this track.”

“It was so great working with you. I so enjoyed it, but I’m over here,” she explained.

The 65-year-old also said even if she had been asked to reprise her role as Samantha, the outcome would have still been the same.

“It’s powerful to say no. It’s a great wisdom to know when enough is enough,” she said.

“I’ve come to the conclusion that really the greatest compliment I could have as an actor is to be missed.”

While Kim was clearly absent from the first season of the revival series, Samantha was still incorporated into the storyline through text messages exchanged between her and Sarah Jessica Parker’s character Carrie Bradshaw.

When asked how she felt about the show “continuing the character” without her, Kim replied: “It’s odd, isn’t it? I don’t know how to feel about it. It’s so finite for me, so it doesn’t continue.”

“This feels like an echo of the past. Other than the really wonderful feeling of — it’s rare in my business — people wanting more, especially at 65.”

“That feels powerful, that I’ve left something behind that I’m so proud of. I loved her. I loved her so, so, so much. It’s tough competition. The original show is in all of our imaginations. But for me, it feels clean.”