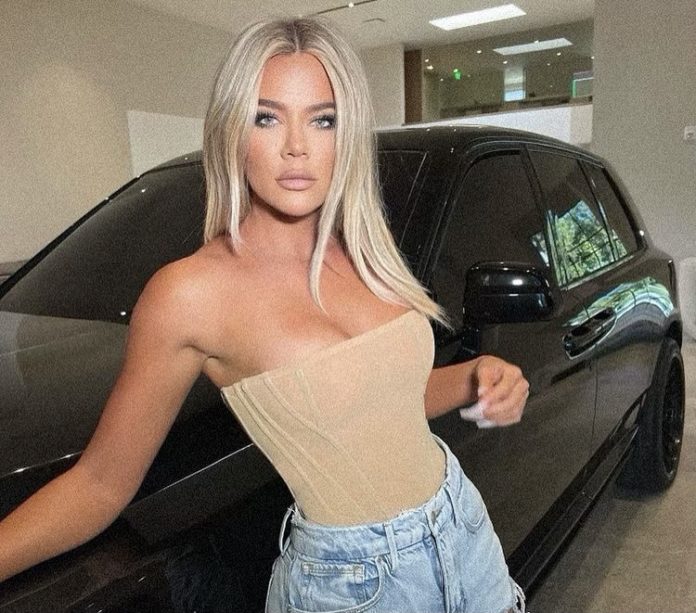 Khloe Kardashian’s latest Good American ad has reportedly been banned from TV for being “too racy”.

In her ‘Find The One’ campaign video, the KUWTK star modelled a pair of her jeans while lying topless on a bed.

The mother-of-one says: “It’s just different this time. I feel good. I feel sexy. Like I don’t have to keep looking. I think I found the one.”

But hours after the campaign went live on social media, the brand revealed the advertisements would not be aired on TV.

A rep told PEOPLE: “Good American’s ‘Find The One’ campaign, which launched yesterday September 28, was ultimately rejected by TV networks due to the video being too racy, sharing that ‘all parties should be properly clothed’.”

“If wearing a great pair of denim is wrong then Good American doesn’t want to be right. As a brand built on empowering women to celebrate their bodies with confidence by offering high-quality denim and apparel in all sizes, Good American’s ‘Find the One’ campaign is meant to uplift and celebrate that feeling of sexiness and confidence that all women experience when finding the perfect pair of jeans.”

Sharing a screenshot of a TMZ article written about the banned ad on Instagram, Good American wrote: “TOO SEXY FOR TV 🥵 Let us help you Find The One | Link in bio.”

Khloe’s sister Kourtney also features in the ad campaign, again posing topless and in a pair of jeans.

The brand have said they are working towards editing the ads so that they can be aired on TV.