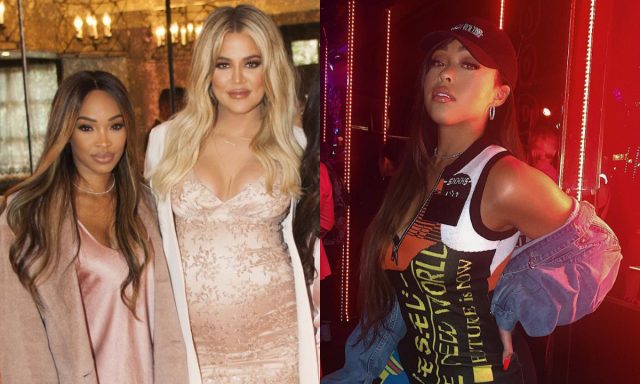 Last night, the 21-year-old finally broke her silence on Instagram by announcing her upcoming interview on Jada Pinkett Smith’s Red Table Talk – and the Kardashian camp have not reacted well to the news.

Khloe’s BFF Malika has been particularly vocal about the scandal on social media, which has attracted some negative attention online.

On Malika’s most recent Instagram post, people started calling her a “hypocrite” – as they accused her of having an alleged affair with a married man in the past, and questioned why she’s still following Tristan on social media. 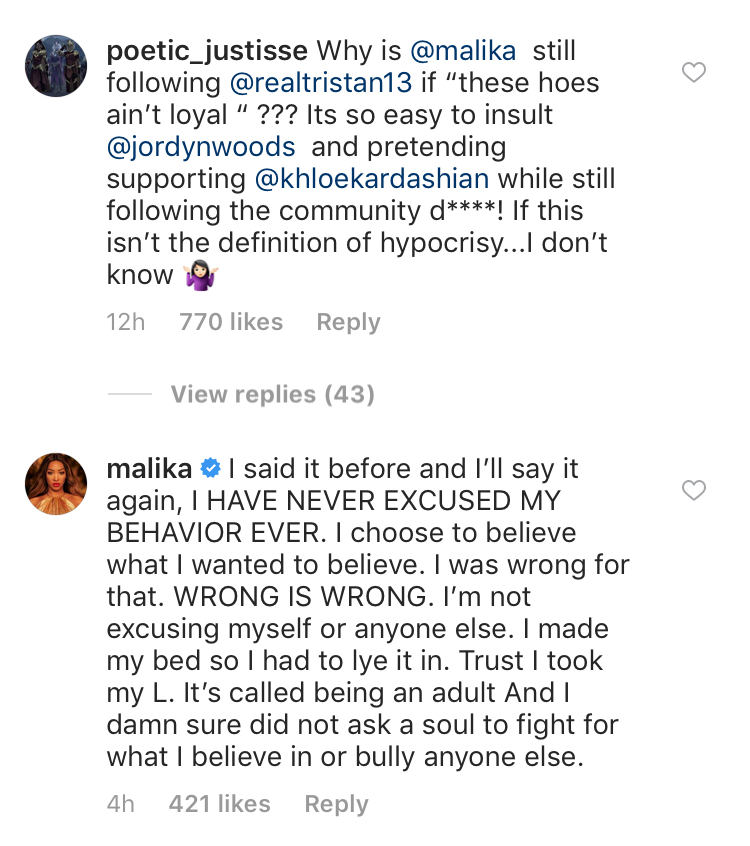 Holding her hands up, the reality star commented, “I said it before and I’ll say it again, I HAVE NEVER EXCUSED MY BEHAVIOR EVER. I choose to believe what I wanted to believe. I was wrong for that. WRONG IS WRONG.”

“I’m not excusing myself or anyone else. I made my bed so I had to lye it in. Trust I took my L. It’s called being an adult And I damn sure did not ask a soul to fight for what I believe in or bully anyone else [sic].”

A fan then commented, “@malika I admire how you own your mistakes and are always there for @khloekardashian she deserves all the happiness.”

Taking a pop at Jordyn’s upcoming interview on Red Table Talk, Malika replied, “I’ve been wrong before and I’ll be wrong again but I damn sure wouldn’t make excuses (alcohol) in an interview to gain self pity and save face. No one in my life would condone that coward like behaviour.” 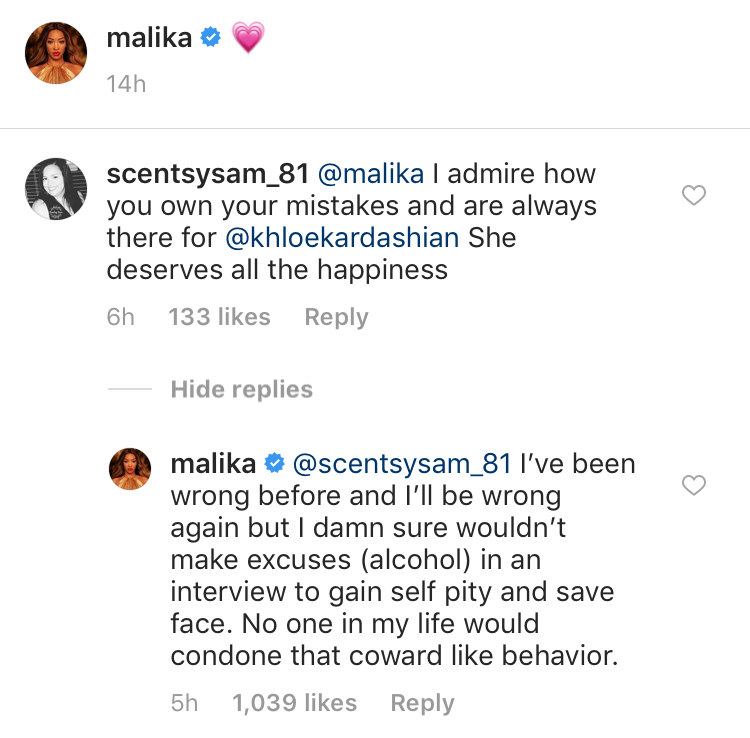 Malika’s comment about ‘making excuses’ comes amid reports that Jordyn has blamed alcohol for her behaviour.

According to TMZ, Jordyn has allegedly claimed that she was ‘blackout drunk’ at the party, and she doesn’t even remember what happened.

While Khloe hasn’t directly spoken about the ‘cheating’ scandal, she has been ‘liking’ tweets about the controversy, and posting cryptic messages on Instagram. 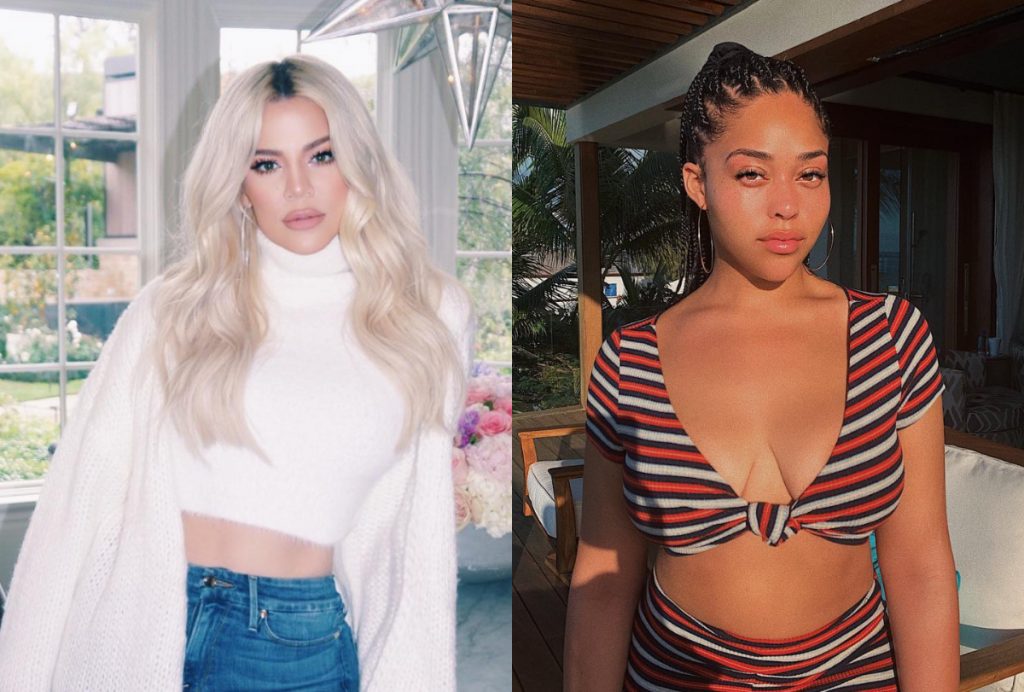 After Jordyn teased her upcoming interview on Red Table Talk last night, Khloe made her feelings known by liking a fan’s tweet which read, “(I) really don’t understand the point of this. there’s no way she can justify what she did.”

The KUWTK star also liked another tweet which claimed: “She slept with Khloé’s baby daddy, and they havent (sic) even publicly said ONE bad thing about her, just unfollowed her, so how is that the Kardashians fault? Jordyn smeared her OWN name!”

Jordyn’s interview on Jada’s Red Table Talk is set to air on Facebook Watch this Friday. 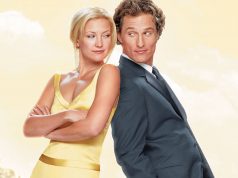