Khloe Kardashian has revealed why she’s been taking a social media break.

The KUWTK star took to Instagram on Tuesday to share a topless photo of herself, with one fan commenting: “come back to Twitter we miss you.”

The mother-of-one replied: “I’ll be back soon. I’ve been taking a little social media break.”

“Just pop in from time to time but I am enjoying the holiday time with my Tutu,” she explained, referring to her two-year-old daughter True, who she shares with Tristan Thompson.

Khloe was noticeably absent from her famous family’s Christmas celebrations this year, as she spent time in Boston with True and Tristan.

The news comes after the reality star sparked rumours she was engaged to her NBA player beau, after she was spotted wearing a massive diamond on her left ring finger. 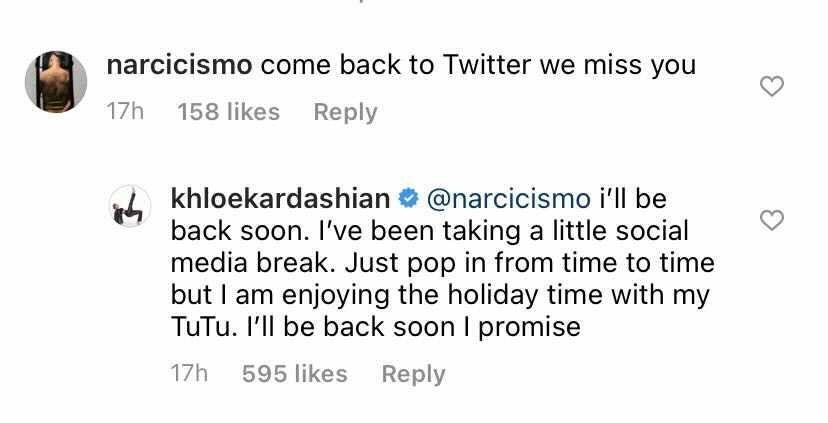 The couple first started dating back in 2016, but their relationship hit the rocks when the NBA star was accused of cheating – just days before Khloe gave birth to their daughter in April 2018.

Stars line out for the virtual Gossies 2021 red carpet