Khloe Kardashian has finally responded to claims that she hooked up with Tristan Thompson, while he was still with his now ex-girlfriend Jordan Craig.

The reality star broke her silence, after Jordan seemed to slam Khloe in court documents from November 2018, which were released by RadarOnline this week.

In the explosive court documents, Tristan’s ex claimed the basketball player started seeing Khloe just one month after she told him she was pregnant with their son Prince.

Addressing Jordan’s claims directly, Khloe wrote on Instagram: “I’m disappointed that I even feel the need to post this but… I need to say my truth. Take it as you will.” 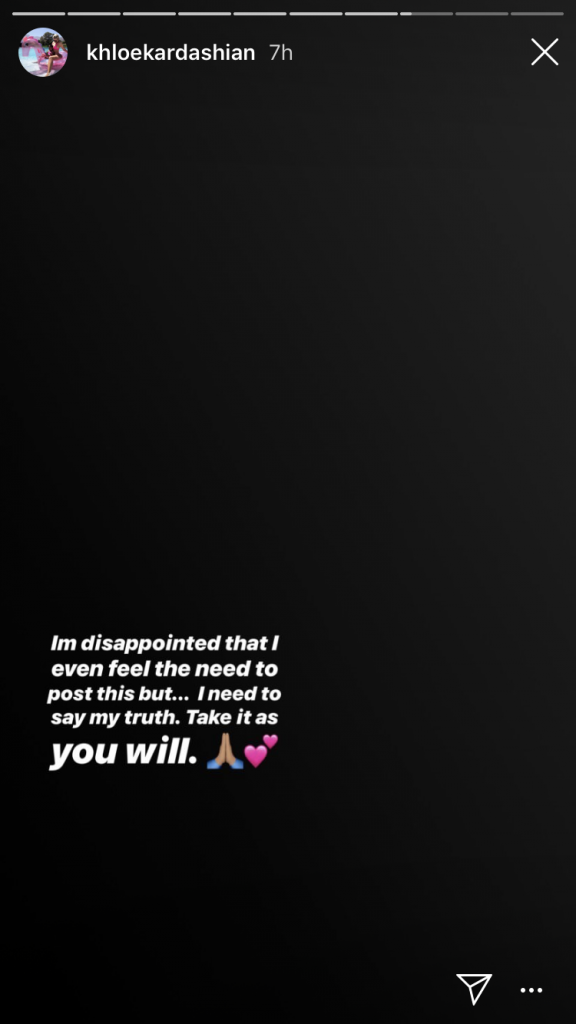 “My truth is: I met Tristan because HE CHOSE to go on a blind date with me. A mutual friend set us up. After going on some dates, Tristan told me that he had an ex that was pregnant. Obviously, I was reluctant about us continuing to date or start a relationship.”

Khloe continued: “He pleaded with me that the relationship was over long before we met. He had me talk with his most inner circle. He showed me physical proof (correspondence between the two) and had me on calls with his lawyers to prove his point.”

“His best friends, business associates and even his mother told me him and his ex were broken up before we met. This is my truth. The truth that I believed and trusted.” 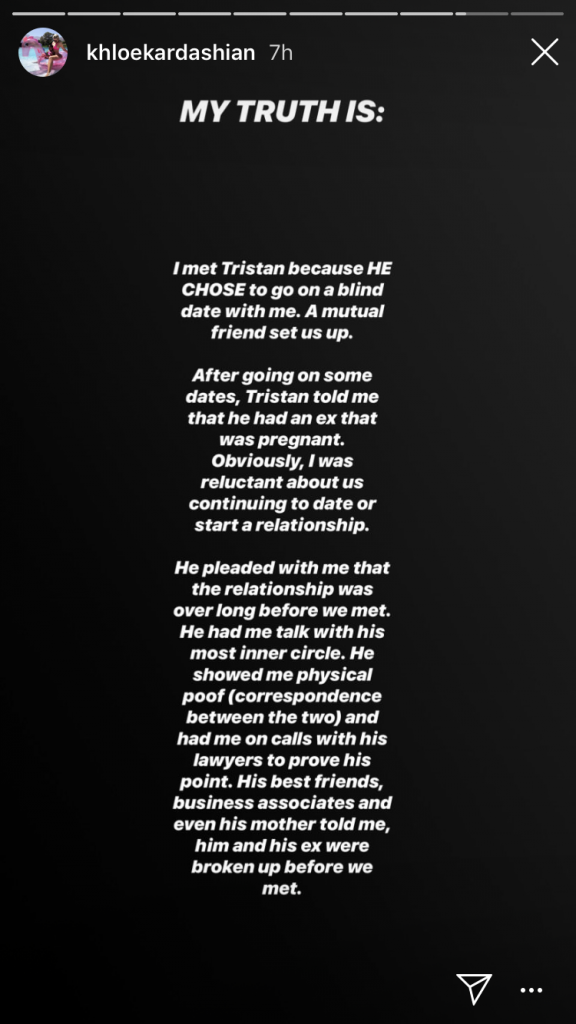 “If for any reason this is NOT in fact the truth, I am so completely and utterly sorry that TRISTAN and his inner circle would lie on something like this! I pray my truth is in-fact that. Lord known I pray but now, I really don’t know what to believe.”

“Truthfully, from the deepest parts of my soul I am sorry! I’m sorry for any pain that has been created either way. No woman deserves to go through anything like this!”

“This is MY TRUTH,” she added. 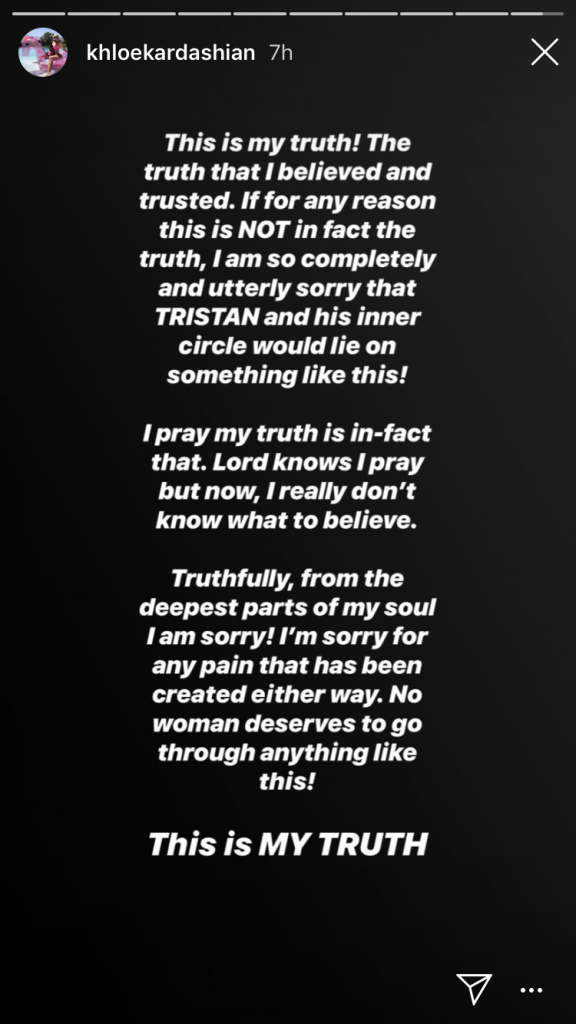 According to reports, Jordan’s claims were made as part of her demand for child support from Tristan in November 2018.

Since then, Khloe has called it quits with Tristan, after he was caught kissing family friend Jordyn Woods at a house party in February.

The Cleveland Cavaliers player was also accused of being unfaithful to Khloe before she gave birth last April – but the reality star chose to take him back for the sake of their daughter, True.