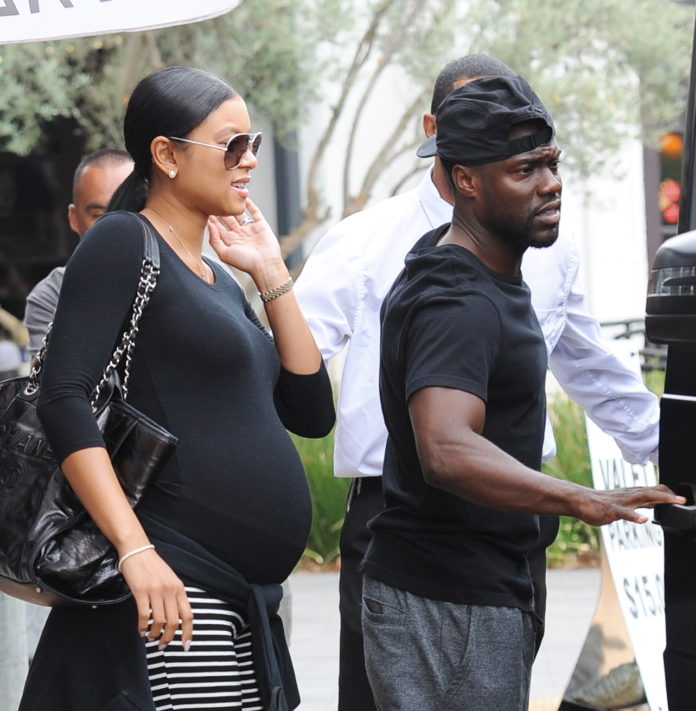 Kevin Hart has admitted that he did cheat on his then-pregnant wife Eniko Parrish in Las Vegas.

Rumours spread a few months back after the actor shared a video telling fans about attempted blackmail overs a ‘sexually provocative’ video with another woman.

He didn’t admit to cheating in this video, but he did include an apology to his wife.

During an interview on the Power 105.1 FM show The Breakfast Club on Thursday Kevin said, “I’m guilty, regardless of how it happened and what was involved, the s**t that I can’t talk about, I’m guilty. I’m wrong.”

He went on to say, “It’s beyond irresponsible. There’s no way around it. That’s Kevin Hart in his dumbest moment.”

“That’s not the finest hour of my life. With that being said, you make your bed you lay in it.”

The 38-year-old admitted that he eventually confessed to his wife Eniko, and hoped she would forgive him.

“And I’m hoping that she has a heart to where she can forgive me and understand that this is not going to be a reoccurring thing and allow me to recover from my f**king massive mistake.”