Kendall Jenner has been slammed by fans for pushing an assistant out of the way.

The KUWTK star was posing for pictures on the red carpet at the Met Gala, when the model was seen pushing the assistant out of her shot on E!’s live stream.

Fans took to Twitter to slam the Jenner sister as rude.

“Who does Kendall think she is? Did y’all see her push that security guy out of the way!?? #MetGala,” one user wrote. 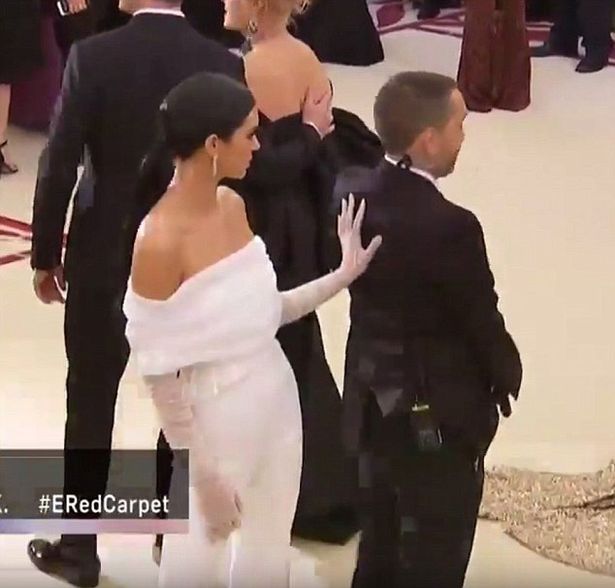 “Kendall Jenner shows up to the #MetGala in the most bland toilet paper outfit and had the nerve to push one of the handlers out of the way who was just doing his job on the carpet #rude,” another person tweeted.

One fan noticed the incident, and also commented on her outfit, “Just watched Kendall Jenner push a PA on the livestream I’m watching, but her outfit is toilet paper chic and I’m okay with it.”

The model wore an Off-White jumpsuit for the occasion, which has been branded as “boring” by many.