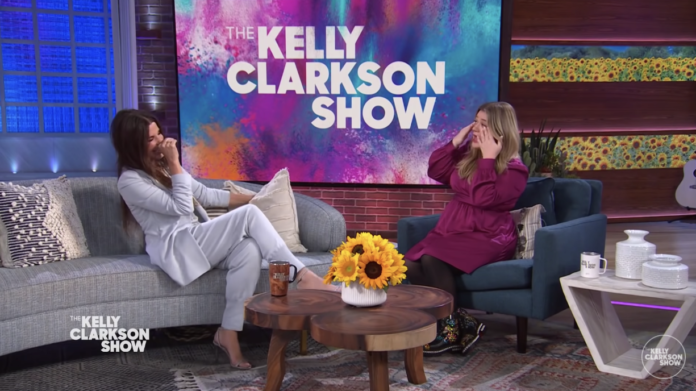 A hilarious interview with Kelly Clarkson and Sandra Bullock has gone viral on social media.

The Hollywood actress appeared on The Kelly Clarkson Show this week, and the host struggled to maintain her composure after admitting she’s a “huge fan” of Sandra.

The interview then took a turn when Sandra bluntly confessed, “My parents were good singers. They’re dead,” to which Kelly said, “That’s cool,” before the actress responded, “That they’re dead?”

Later, Sandra was chatting about her new Netflix movie ‘The Unforgivable’ when Kelly asked, “Are you good at forgiving?” to which Sandra replied, “No. I have not forgiven my parents for dying.”

The pair couldn’t stop laughing during their chat, and during a particularly hilarious moment Kelly’s pronunciation of “or” prompted Sandra to say, “Did you just call me a whore?”

It’s safe to say viewers loved their interview, and took to Twitter to praise their funny rapport.

Kelly Clarkson and Sandra Bullock is the greatest thing I’ve seen on Daytime all year. I’m telling you giving this girl a talk show was the single best decision. #KellyClarksonShow #KellyClarkson https://t.co/DqK9Ac1x3I

I have never laughed so much as I did today with Sandra Bullock and @kellyclarkson . Today’s interview was just THE BEST, @KellyClarksonTV . We want more Kelly and Sandy again soon, pretty please! pic.twitter.com/KXvegJHqVM

Kelly Clarkson interviewing Sandra Bullock might be my favorite on the internet 😂😂😂😂
pic.twitter.com/RphEEDuJHJ