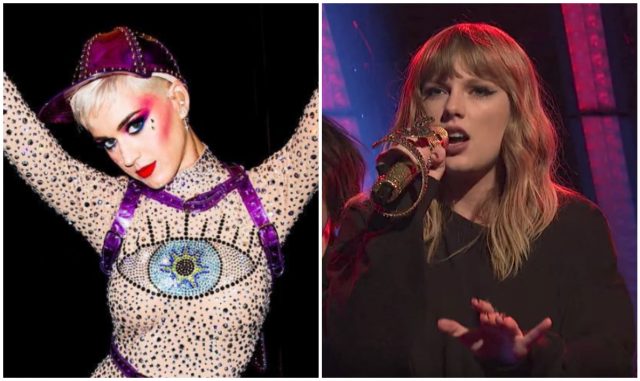 Katy Perry and Taylor Swift have officially ended their feud, and publicly declared their friendship on Instagram.

Their feud started over back-up dancers leaving Taylor’s tour to join Katy’s world tour a few years ago, which led to the pair releasing diss tracks about each other (Taylor Swift’s Bad Blood and Katy Perry’s Swish Swish, FYI).

However, Katy and Taylor have now buried the hatchet, and fans suspect they’re working on an exciting collaboration.

Taking to Instagram, Katy shared a photo of chocolate chip cookies with the words “Peace at last” written in icing on the plate.

She captioned the post, “feels good 🧡 @taylorswift,” and tagged the location as “Let’s Be Friends”.

Taylor showed her love for Katy by leaving a comment with 13 pink heart emojis, which is her lucky number.

The news comes after Katy literally extended an olive branch to Taylor in May 2018, ahead of her first Reputation Stadium Tour show in Arizona.