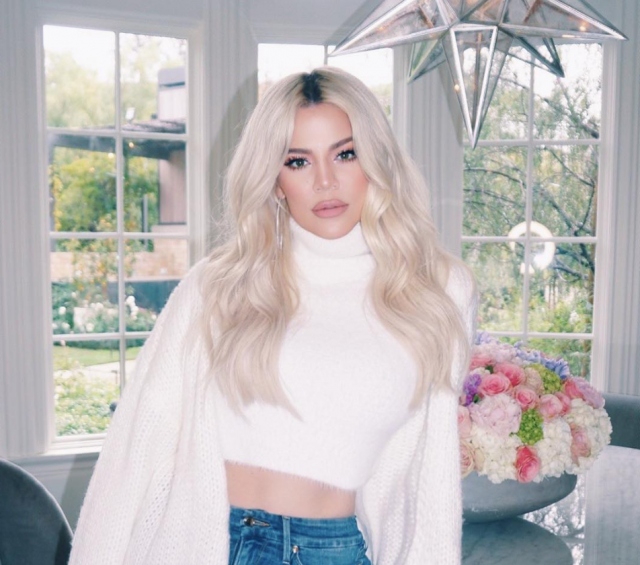 Khloe Kardashian addressed claims that she is set to appear on The Bachelorette.

The mother-of-one split from Tristan Thompson earlier this week after it was reported that he allegedly ‘hooked up’ with Kylie Jenner’s best friend, Jordyn Woods at a party last weekend.

The Bachelorette producer, Mike Fleiss has since claimed that he is in talks with Khloe and Kris Jenner about the 34-year-old appearing on the reality show.

Mike then responded to Kim’s tweet and said: “How would @KimKardashian know??? This is between me and  @KrisJenner — and most importantly @khloekardashian !!!”

The mother-of-three quickly replied to Mike once more and told him to “wait a minute”, before she shared a screenshot from a groupchat she has with Kris and Khloe.

The screenshot showed Kim ask her mother and sister if they were in talks with the producer, to which Kris responded: “No lol”.

Khloe also replied to her sister’s message and said: “Ewwww I mean put some respeck (sic) on my name”.

The argument between the Kardashians and Mike didn’t stop there though, as the producer responded to the 38-year-old again and claimed that they “have strict confidentiality agreements with all #TheBachelorette candidates” and therefore Khloe wasn’t allowed to speak about the programme with her sister.

The producer’s tweet sparked Khloe to get involved in the Twitter argument, as she slammed the 54-year-old for being “insensitive”.

“I’m not f**king clickbait right now. Stop or you will be hearing from my lawyers. How insensitive!!” she tweeted.

“This is about helping people find true love— nothing more!!!” Mike replied.

I’m not fucking clickbait right now. Stop or you will be hearing from my lawyers. How insensitive!! https://t.co/vTKi83nLUJ