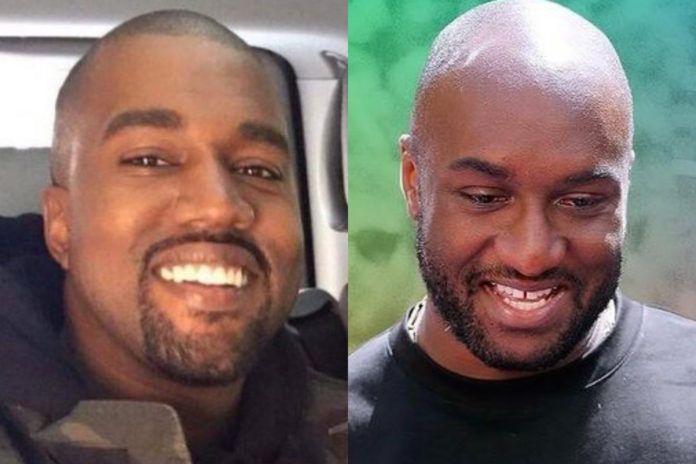 The artistic director of Louis Vuitton’s menswear collection and the founder of the Off-White label passed away at the age of 41 after privately battling “a rare, aggressive form of cancer, cardiac angiosarcoma”.

Virgil collaborated with Kanye on many occasions, and he was the creative director of his agency Donda.

For his Sunday Service, which was in memory of Virgil, Ye arranged for his choir to perform a version of Adele’s hit song ‘Easy on Me’ with modified lyrics.

They sang: “I know your love flows like a river, and I could wash myself in it forever/ I know there is hope in these waters, but I can’t bring myself to swim when I am drowning in my sin” and “Go easy on me, father. I am still your child, and I need a chance to feel your love around.”

According to Entertainment Weekly, Ye hired Virgil as his creative director for his agency Donda in 2011, after working with him in an internship for Fendi two years earlier.

Virgil was the art director of Kanye and Jay-Z’s 2011 album ‘Watch The Throne’, and he also collaborated with the rapper on his 2010 album ‘My Beautiful Dark Twisted Fantasy’ and his 2013 album ‘Yeezus’.

The sad news of Virgil’s death was announced on Sunday via his social media accounts.

The statement read: “We are devastated to announce the passing of our beloved Virgil Abloh, a fiercely devoted father, husband, son, brother, and friend.”

“He is survived by his loving wife Shannon Abloh, his children Lowe Abloh and Grey Abloh, his sister Edwina Abloh, his parents Nee and Eunice Abloh, and numerous dear friends and colleagues.”

“For over two years, Virgil valiantly battled a rare, aggressive form of cancer, cardiac angiosarcoma. He chose to endure his battle privately since his diagnosis in 2019, undergoing numerous challenging treatments, all while helming several significant institutions that span fashion, art, and culture.”

LVMH, Louis Vuitton and Off White are devastated to announce the passing of Virgil Abloh, on Sunday, November 28th, of cancer, which he had been battling privately for several years. pic.twitter.com/CytwZLvSFu

“Through it all, his work ethic, infinite curiosity, and optimism never wavered. Virgil was driven by his dedication to his craft and to his mission to open doors for others and create pathways for greater equality in art and design.”

“He often said, ‘Everything I do is for the 17-year-old version of myself,’ believing deeply in the power of art to inspire future generations.”