A video of Justin Timberlake dancing awkwardly during Pharrell’s Something in the Water music festival in Washington D.C. last week recently went viral.

The 41-year-old has since issued a hilarious apology to his 65.2 million Instagram followers.

In a video posted to his Instagram story, the NSYNC singer said: “D.C., I want to apologise to you for two reasons: here and here,” as he zoomed in on his feet.

“I had a long talk with both of them, individually, and said, ‘Don’t you ever do that to me again,'” he joked.

Fans mocked the singer over his choice of outfit – a chequered sage and sand short-sleeved shirt, and a pair of sand-coloured khakis.

One Twitter user wrote: “Justin Timberlake still thinking he has any swag left while wearing those Old Navy khakis on stage.”

Another joked that this was the “liam paynification of justin timberlake,” referring to the viral meme of Liam Payne dancing to his first hit ‘Strip That Down’.

The 41-year-old continued the video: “Maybe it was the khakis. It was a real khaki vibe.”

Justin vowed to “get it right” next time, before following his apology with a series of memes mocking his “ultimate dad vibes” performance. 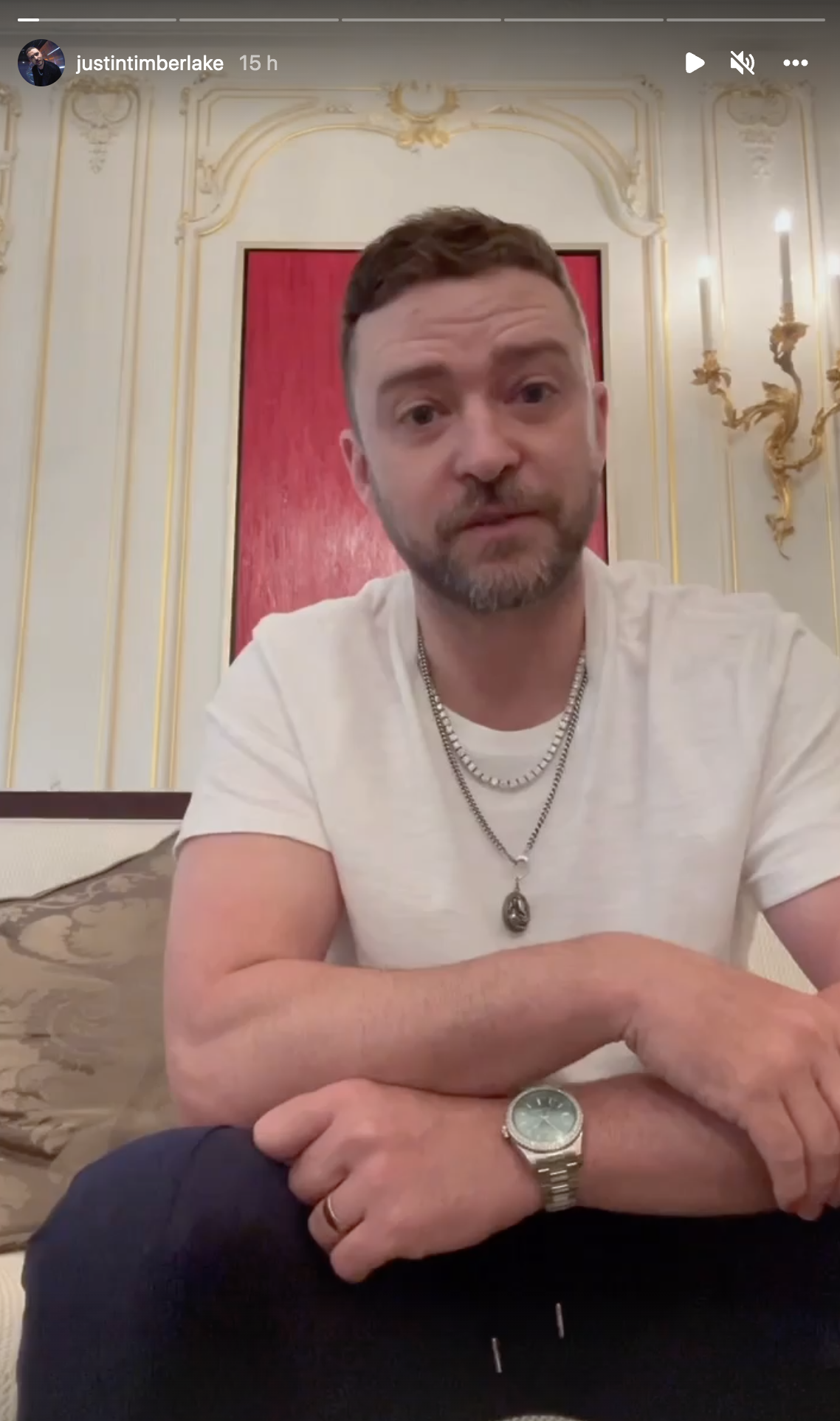