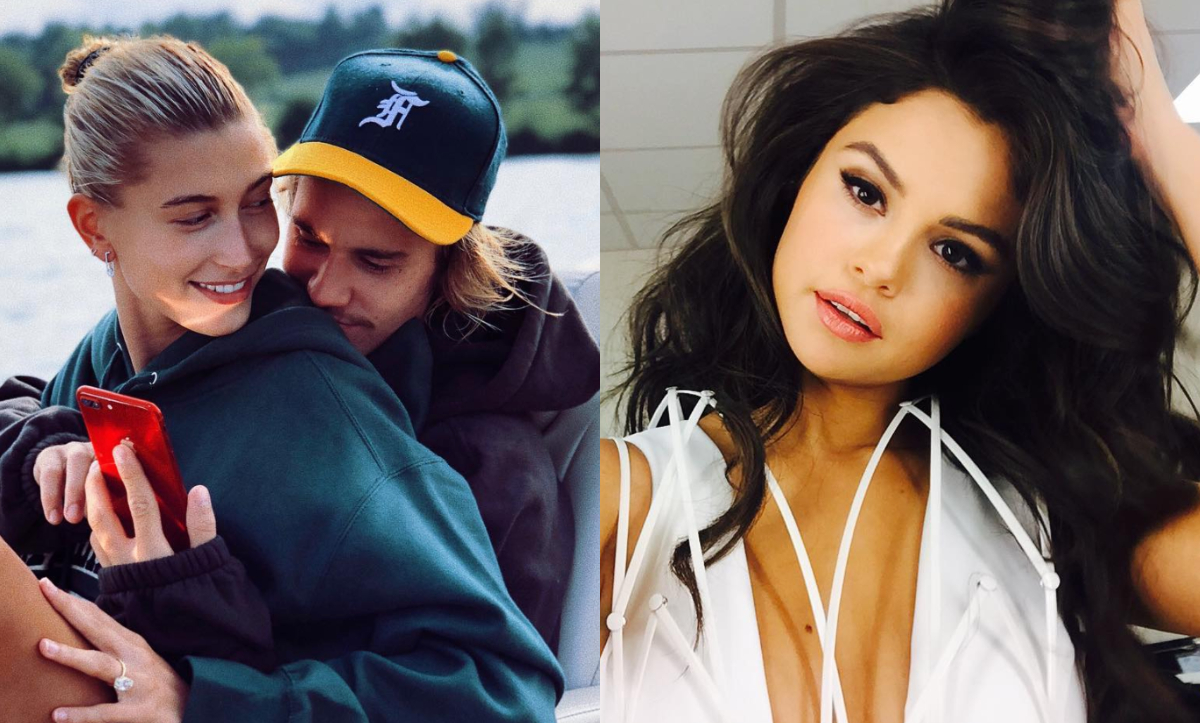 Justin Bieber has lashed out at Selena Gomez’s fans for ‘bullying’ his wife Hailey Bieber.

The 26-year-old took to social media to defend his wife, after he came across a clip of a fan plotting to bombard Hailey’s Instagram Live with comments about ‘Jelena’.

In the clip, the fan said: “Hailey Baldwin is going to do a Live, right? Where she’s talking about herself, 20 questions with Justin Bieber…”

“This is the time where they will not be turning off comments, so we need to f***ing bombard that s*** with Jelena and how Selena is better. Go after, please, let’s all go after her.” 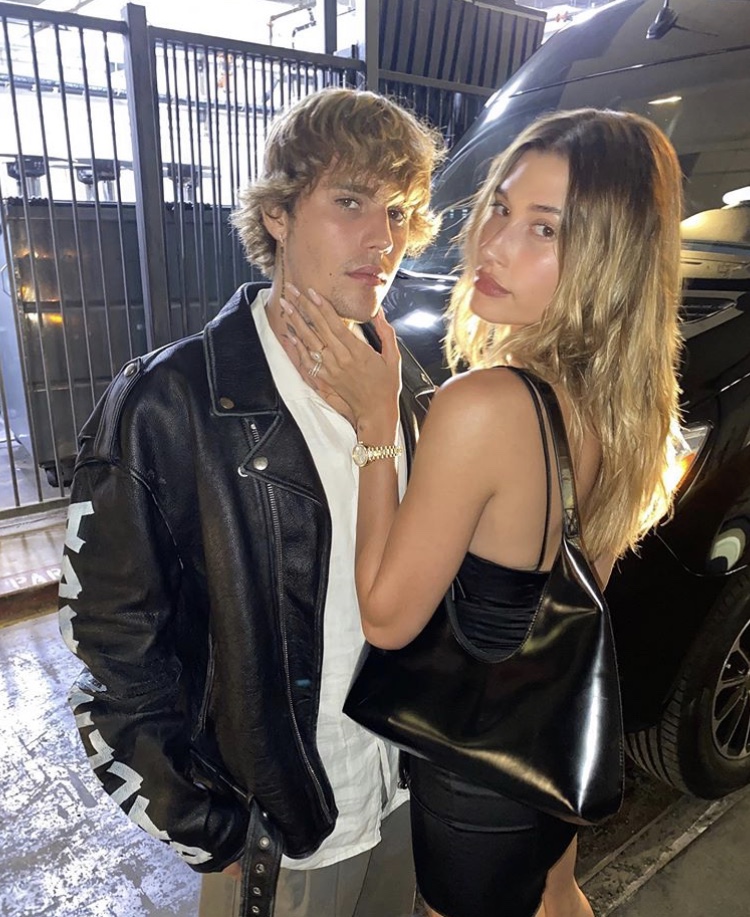 Reacting to the video on his Instagram Story, Justin wrote: “This sad excuse of a human just encouraged people on video to literally go after my wife telling people to say that my previous relationship was better so on and so [forth.]…”

“I just wanted to share this so people get an idea of what we face on a day to day. It is extremely hard to choose the high road when I see people like this try and rally to gather people to bully the person I love the most in the world. It is not right.”

“But I will say this. As many people as there are that want to spend their time publicly degrading, shaming and trying to humiliate us, we would like to ask those who have it in them to lift us up in prayer.”

“We need prayer and support as we continue to put ourselves out there!” 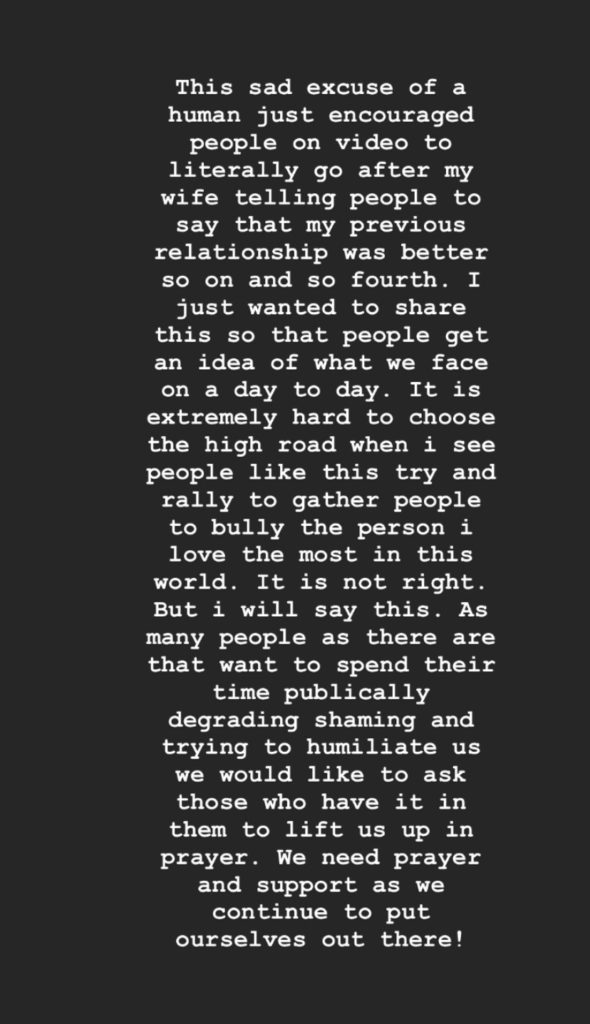 In another post, Justin continued: “After watching that I could easily let it steal my joy, but then I think about her life and how miserable she must be to want to spend her life trying to make others feel small.”

“The lesson here is SHES THE ONE MISSING OUT… life is fulfilling when you uplift and add value to people! A life where you want to make others feel small will leave you with no friends and no real JOY,” he added.

Hailey, 24, also reacted to the video on her Instagram Story, and said she hopes the woman in the video “finds love, peace and happiness in this life”. 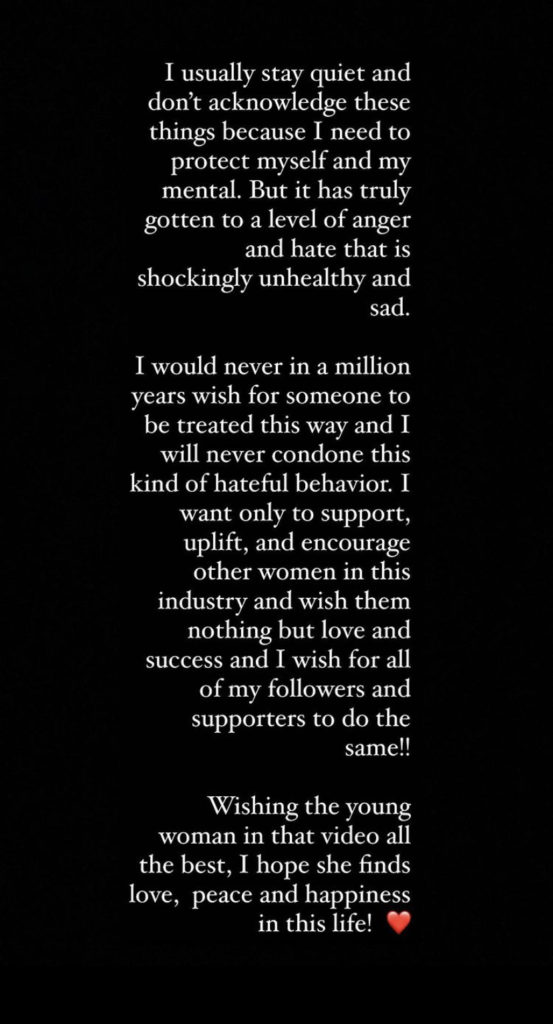 She wrote: “It has truly gotten to a level of anger and hate that is shockingly unhealthy and sad.”

“I would never in a million years wish for someone to be treated this way and I will never condone this kind of hateful behavior.”

“I want only to support, uplift, and encourage other women in this industry and wish them nothing but love and success and I wish for all of my followers and supporters to do the same!!”