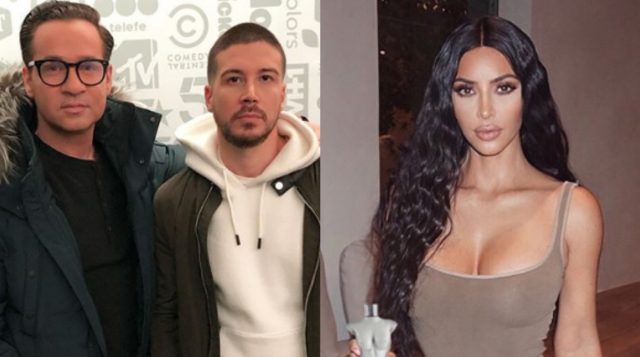 Vinny spoke to TMZ about how his co-star is doing, and said, “I heard he’s doing great in there.”

“I knew he was gonna do good. He was never really nervous about it, so I was praying, ‘I hope once he’s in there it’s okay.'”

The TMZ reporter then said, “Kim Kardashian has been getting prisoners out of jail,”  and Vinny replied, “So she’s gonna do it for Mike.”

The Jersey Shore star then ‘pitched’ the idea to Kim by pleading, “Kim, Mike is an amazing person. To me, he’s completely reformed, he’s a great member of society. He preaches to kids who have addictions. He’s a big advocate and evangelist for recovery.”

Vinny said Mike is “better off out here,” before adding, “Kim, get on that.”

The KKW owner famously helped free Alice Marie Johnson from prison, after she was convicted of drug trafficking in 1996. Kim also helped free Cyntoia Brown, who was sentenced to life in prison for killing a man who bought her for sex when she was 16 years old.