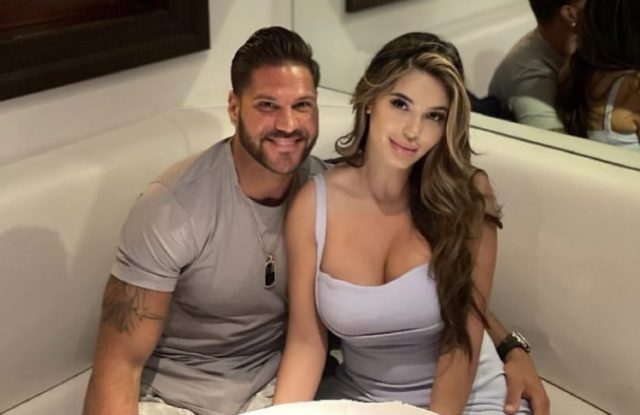 Ronnie Ortiz-Magro has announced his engagement to his girlfriend Saffire Matos.

The Jersey Shore star has been dating Saffire since last autumn, and proposed to her on a beach in Los Angeles over the weekend.

Sharing the news via Instagram on Monday, the 35-year-old wrote: “I love you 💕 Thank you for sticking by my side through thick and thin! Til death do us part! #SheSaidYes.”

The news comes just weeks after Ronnie avoided facing charges in his domestic violence case, after he was arrested in April on charges of intimate partner violence with injury.

At the time of his arrest, his now-fiancée Saffire took to her Instagram Stories to ask fans for “privacy.”

According to a screenshot obtained be Page Six, she said: “Ronnie and I are fine. There is a lot of misleading information floating around out there. With anybody who reached out with concern I appreciate it with all my heart, but everything that’s being portrayed out there are not facts.”

“I don’t think it’s fair that people are using false accusations to gain attention. Please leave Ron and I alone. You don’t know what someone is going through at the end of the day.”

In a statement obtained by PEOPLE last month Ronnie’s legal team said: “We are very happy that after further investigation both the LA County District Attorney’s office and the LA City Attorney’s office determined that criminal charges were not warranted against Ronnie related to the incident that occurred in April.”

“As we previously stated, there was a rush to judgment by the media,” they continued.  “We will review the alleged violation of probation claim and deal with it accordingly.”

Ronnie’s lawyers also revealed he’s “currently seeking medical treatment for psychological issues that he has ignored for a long time.”

“His only present goal is to address these issues professionally and make himself a better person and the best father he can be to his loving daughter,” they added.