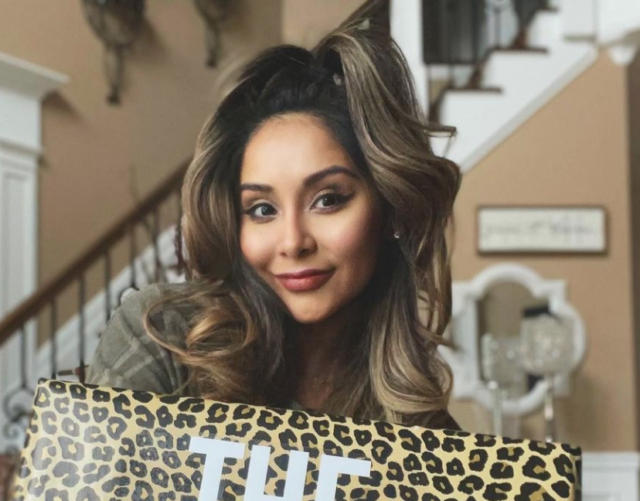 The Jersey Shore star reassured fans that their marriage is still going strong, after her followers noticed that she hasn’t been wearing her wedding rings lately.

Responding to speculation on her Instagram Story, the 33-year-old said: “I just read some conspiracy theories about myself from fans noticing that I don’t wear my wedding rings anymore.”

“I do this all day. I’m a mother of three. I don’t need to be wearing the ring around the house or to run and go get Starbucks.

The MTV star confessed: “I’m one of those a**holes that if I wore it 24/7, it would fall off in Walmart while I’m getting Gatorade, so it’s not happening.”

“Jionni hardly wears his ring either. Obviously I have my rings, they’re here – they’re in the bathroom.”

“I’ll wear it if we go on a date or we go to a family event or something cool, but other than that, I’m not wearing my ring b****es.”

The couple tied the knot in 2014, four years after they met in 2010 – when Snooki was filming Jersey Shore in Seaside Heights.

They have since welcomed three children together – Lorenzo, 8, Giovanna, 6, and Angelo, who will be 2 in May.