A video of Jennifer Lopez criticising Ben Affleck’s back tattoo has resurfaced online.

The couple have dominated headlines in recent months, after rekindling their romance in early May.

Following their reunion, fans have unearthed a 2016 interview, in which J.Lo pokes fun at Ben’s infamous back tattoo of a phoenix rising from flames. 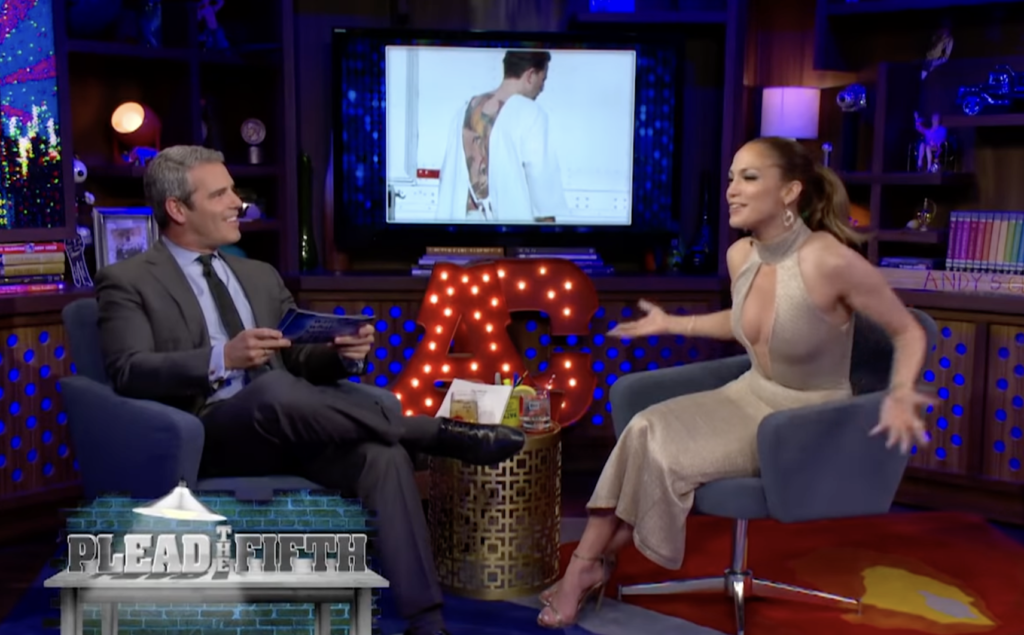 During an appearance on Watch What Happens Live, the songstress was asked what she thought of the tattoo, and Jennifer replied: “It’s awful!”

“And I would tell him that,” she continued. “What are you doing? It has too many colors!”

“His tattoos always have too many colors. They shouldn’t be so colorful, you know what I mean? They should be, like, cooler.”

The actor debuted his massive back tattoo back in 2015, and originally claimed it was fake.

However, Ben later confirmed that it’s real, and said it represents something “very important” to him.

Speaking on The Ellen DeGeneres Show in 2019, he said: “It’s meaningful to me. I like it. It’s something that I sort of kept private… I love my tattoo. I’m very happy with it.”