Jennifer Aniston has opened up about her relationship with her ex-husband Brad Pitt.

The former couple were married for five years before they split in 2005, but fans have always rooted for them to get back together.

Last year, the Hollywood stars reunited for a virtual reading of the 1982 comedy Fast Times at Ridgemont High – where they acted out a steamy scene together.

Speaking about the experience on Wednesday’s episode of The Howard Stern Show, Jennifer said: “It was absolutely fun. Brad and I are buddies, we’re friends.”

“And we speak, and there’s no oddness at all, except for everyone that probably watched it and was wanting there to be, or assumed there to be.” 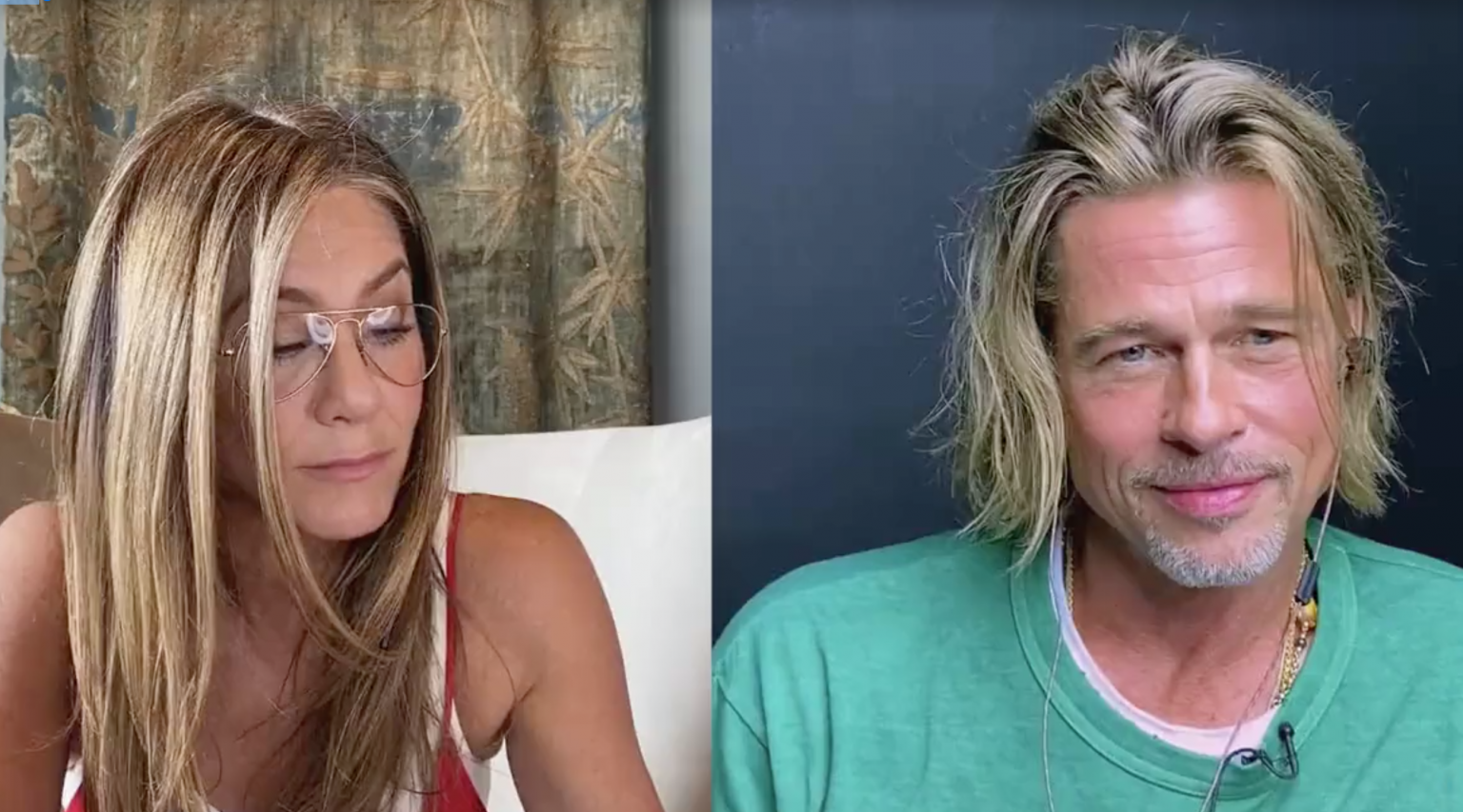 “We had fun, and it was for a great cause, [Sean Penn’s community relief nonprofit] CORE,” she added.

Morgan Freeman narrated a raunchy scene where Brad is fantasising about his crush, while Jennifer reads: “Hi Brad, you know how cute I always thought you were.”

Jennifer’s character added: “You’re so sexy. Will you come to me?”

Brad Pitt and Jennifer Aniston in a table read is the best thing that ever happened this month. ♥️ pic.twitter.com/Q1Ct6GUQK2

Jennifer and Brad shocked the world when they announced their split in 2005, after a seven-year relationship – five of which they were married for.

In the months leading up to their divorce being finalised, there was intense media speculation surrounding Brad’s relationship with his Mr & Mrs Smith co-star Angelina Jolie.

Angelina and Brad dated for seven years before announcing their engagement in 2012.

The couple tied the knot in 2014, with Angelina filing for divorce in 2016 citing “irreconcilable differences”.